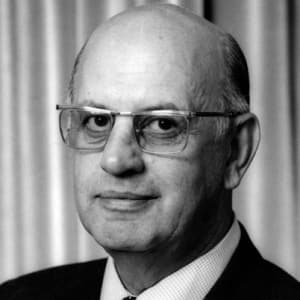 P.W. Botha was a former South African prime minister and president who maintained the racial caste system of apartheid.

Born on January 12, 1916, in Paul Roux, South Africa, P.W. Botha rose to prominence in the right-wing National Party, which instituted the strict racial segregation system of apartheid. Botha became the country's prime minister in 1978 and authorized deadly force against anti-apartheid agitators, including members of the ANC. He stepped down from power in 1989. He died on October 31, 2006.

Pieter Willem Botha was born on January 12, 1916, in Paul Roux, South Africa. Growing up on a farm among a provincial community of Afrikaners (referring to South Africans descended from white Dutch settlers), he went on to the University of the Orange Free State to focus on law, though he did not complete his studies. He became a youth organizer in the mid-1930s for the right-wing National Party and, during World War II, worked for the Ox Wagon Fire Guard, which had Nazi allegiances. Botha would later distance himself from the Guard reportedly due to the group's lack of Christian ideology. Then, in 1948, he would be elected to a seat in South Africa's Parliament with the National Party's electoral landslide.

The Creation of Apartheid

During this time, Prime Minister Daniel F. Malan oversaw the formation and institutionalization of apartheid. Via 1950 legislation like the Popular Registration Act and the Group Areas Act, the majority black population endured forced segregation, with extreme limitations in travel, highly reduced living standards and restrictions in interracial relationships.

Violent and deadly action against dissent was sanctioned as well. Prominent African National Congress leader Nelson Mandela, along with others, was sentenced to life imprisonment during the 1960s. The country's policies would lead to increased international isolation and sanctions, with the U.N. removing South Africa from the General Assembly and issuing an arms embargo during the 1970s.

Botha would go on to hold a variety of high-profile positions and by 1966 became the minister of defense, using his position to push for an increasingly militarized country. Upon John Vorster leaving office in 1978, Botha became prime minister. By the '80s, with national and global pressure to end apartheid rising, Botha's regime authorized armed attacks in nearby countries like Botswana and Zambia, where ANC activists had taken refuge and also utilized the State Security Council to kill in-country agitators.

In 1984, Botha was elected to the South African presidency with the creation of a new constitution that would extend some political representation to the Asian and coloured (mixed ethnicity) populations, but grant no power to blacks. Domestic protest grew dramatically and Botha called a national state of emergency in 1985, where, subsequently, thousands of citizens were detained without trial.

Botha had a stroke in January 1989. The following month, he resigned from his position as leader of the National Party. Later that year, he met with Mandela, though the ANC leader was not released from prison. By August 1989, Botha had stepped down as president, following the advice of political colleagues, including new National Party leader F.W. de Klerk, who would be elected to the presidency in September.

De Klerk ultimately responded to international pressure, freeing Mandela and recognizing the ANC. Apartheid's laws were repealed in 1991 and Mandela became the first black president of South Africa as a result of the multi-racial elections of 1994.

Botha was called upon to testify at a 1997 Truth and Reconciliation Commission hearing, but refused to show and was thus found guilty of contempt. He was fined and given a suspended year sentence that was overturned upon appeal. He died on October 31, 2006, on South Africa's southern Cape coast.