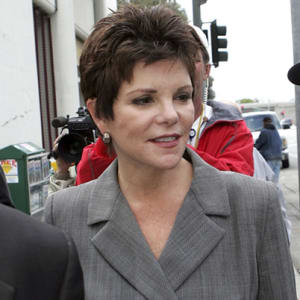 Patricia Dunn served as a director and non-executive chairwoman of Hewlett-Packard before resigning in 2006, after receiving a criminal indictment stemming from a spying scandal.

Corporate executive Patricia Dunn began her career working as a Barclays Global Investors secretary. She quickly rose in ranks, becoming CEO in 1995. In 1998, she became a director for Hewlett-Packard, later serving as the company's non-executive chairwoman. Dunn resigned from her position in 2006, after receiving a criminal indictment stemming from controversy regarding her effort to investigate board-level leaks to reporters. She died in 2011.

Born on March 27, 1953, in Burbank, California, Patricia Cecile Dunn grew up in Las Vegas, Nevada, where her parents worked in the casino industry. After her father died, she and her family moved to California, where Dunn earned her bachelor's degree in journalism from the University of California, Berkeley, in 1975.

After college, Dunn worked as a secretary at Barclays Global Investors, the asset management arm of the England-based financial firm, where she rose through the ranks to serve as CEO from 1995 to 2002. She became a director at computing giant Hewlett-Packard in 1998, and succeeded Carly Fiorina as non-executive chairman of the company in 2005.

A year later, Dunn resigned from her position after receiving a criminal indictment stemming from controversy regarding her effort to investigate board-level leaks to reporters. According to the indictment, HP hired third-party investigators to obtain the personal phone records of HP board members and several reporters. Under California law, it is illegal to use deceit to obtain private records of individuals.

In October 2006, Dunn and four others were charged with four felony counts: fraudulent use of wire, radio or television transmissions; taking, copying and using computer data without authorization; identity theft; and conspiracy. Following the charges, Dunn repeatedly insisted that she had believed that personal phone records could be obtained through legal methods. She also stated, "Every company has investigations. Investigations, by their nature, are intrusive."

A breast cancer and melanoma survivor, Patricia Dunn began chemotherapy for advanced ovarian cancer in October 2006. She succumbed to the disease on December 4, 2011, at the age of 58, in Orinda, California. She was survived by husband William Jahnke, as well as three children, 10 grandchildren and two siblings.