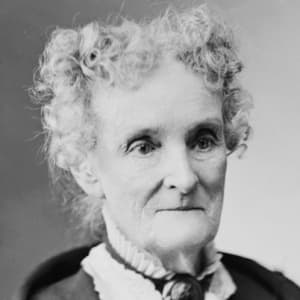 Peggy Eaton is best known for her marriage to the prominent politician John Henry Eaton in 1829 and the subsequent upset in President Andrew Jackson’s cabinet.

In 1829 Peggy Eaton married her second husband, the prominent Democratic politician John Henry Eaton and was snubbed socially by the wives of President Andrew Jackson's cabinet, who suspected that the two of a pre-marital affair. Jackson, a close friend of Eaton, defended the pair and reorganized his cabinet in 1831 in an effort to ease the tension, an event referred to as the Petticoat affair.