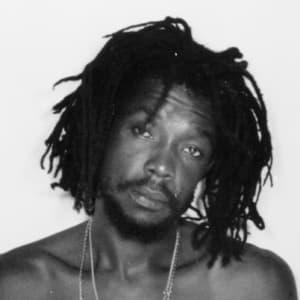 Peter Tosh was a renowned reggae artist and founding member of the band the Wailers, which gave reggae artist Bob Marley his start.

Reggae artist Peter Tosh was born in rural Jamaica on October 19, 1944. There, he started the band the Wailers with Bob Marley and Bunny Wailer, and the three rose to fame as successful musicians. Tosh enjoyed musical success after leaving the Wailers and embarking on a solo career. Tosh was killed during an attempted robbery at his Jamaica home in 1987. In 2016, his family opened a museum dedicated to the artist in Kingston, Jamaica.

Internationally renowned reggae artist Peter Tosh was born Winston Hubert McIntosh on October 19, 1944, in Westmoreland, Jamaica, to a pair of parents too young to raise him. Instead, Tosh was raised by his aunt in Grange Hill. Early in his childhood, and inspired by American radio stations, Tosh exhibited a talent for singing and learned how to play guitar — one he stole from his mother's church, according to a review by the Los Angeles Review of Books of Colin Grant's The Natural Mystics: Marley, Tosh and Walker.

In the early 1960s, Tosh moved from the countryside to the Trench Town slum of Kingston and began selling sugarcane juice from a cart. In was then that he met Robert Nesta Marley (Bob Marley) and Neville O'Riley Livingston (Bunny Wailer). All three began visiting voice teacher Joe Higgs, and, as they developed their musical talents, decided to form a band called The Wailers in 1962.

The trio started out playing covers of American pop hits. As they slowly rose to fame, The Wailers' sound changed and they became "masters of the slinky, driving rhythm known as reggae," according to the Review of Books. By the early 1970s, The Wailers, who had expanded by several new members, were, according to an article in The New York Times, "the most popular and admired of all reggae groups."

From its inception to the present, The Wailers band has sold more than 250 million albums worldwide and, in England alone, released more than 20 chart hits, including seven Top 10 entries. But Tosh, along with Bunny Wailer, left the group in 1973. Tosh began producing his own music. He released his solo debut, Legalize It, in 1976 with CBS Records company. The following year he released the album Equal Rights. Both albums were a testament to Tosh's belief in the Rastafari religion, to which he had converted in years prior, and his endorsement of marijuana legalization.

Tosh's solo work caught the attention of Rolling Stones members Mick Jagger and Keith Richards, who signed him to their own label in 1978. They also appeared with him on his Bush Doctor album; Jagger performed a duet with Tosh on the Temptations' hit "(You've Got to Walk and) Don't Look Back." The collaboration introduced Tosh to a larger audience.

As his career took off, Tosh began traveling the world, but he returned to Jamaica often to see family and friends. He was killed there on September 11, 1987, at the age of 42.

According to the Associated Press, at around 8:30 p.m. that day, three armed men on motorcycles arrived at Tosh's home in the Kingston suburb of St. Andrew, entered the house and attempted to rob its occupants, Tosh and six others, including his common-law wife Andrea Marlene Brown and health-food maker Wilton "Doc" Brown; The gunmen shot all seven after they refused to give up their money, the AP said.

Reggae fans and artists mourned Tosh's death, but celebrated his legacy. He is still known as the most controversial member of The Wailers, according to The Jamaica Gleaner newspaper, which wrote that "he ruffled many a feather with his unapologetic stance on issues [such as] black liberation and the legalization of marijuana."

Tosh's son, Andrew Tosh, walked in his father's footsteps and rose to fame as a reggae artist himself. He and other members of Tosh's family continue to hold commemoration concerts and celebrate the anniversary of Tosh's birth and rise to success. In 2016, his family opened a museum dedicated to Peter Tosh in Kingston, Jamaica. Mick Jagger congratulated the family at the opening and reflected on their musical relationship.