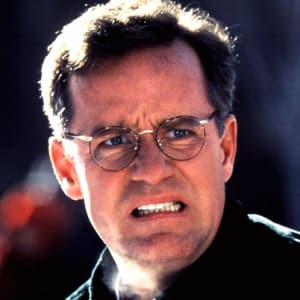 Canadian-American actor Phil Hartman is best known for his comedic roles on the late-night sketch comedy show Saturday Night Live, for which he won an Emmy Award. He also helped Paul Reubens create the character Pee-wee Herman and co-wrote the screenplay for the film Pee-wee's Big Adventure. Hartman was murdered by his third wife, Brynn Omdahl, in 1998.

Best known for his deadpan antics and celebrity impersonations on Saturday Night Live, actor and comedian Philip Edward Hartman was born on September 24, 1948, in Brantford, Ontario, Canada. He grew up in Connecticut, later moving to California. Around 1960, his family moved to Los Angeles, California, where Hartman attended Orville Wright Junior High School and Westchester High School. During his school days, he was known for being a class clown.

In 1975, Phil Hartman took his life in a new direction. He joined the famous Los Angeles comedy troupe the Groundlings and began working with comedian Paul Reubens. He helped Reubens develop the popular character Pee-wee Herman and co-wrote the hit 1985 film Pee-wee's Big Adventure. The following year, Reubens starred on a television series based on the character called Pee-wee's Playhouse. Hartman appeared on the show as Captain Carl.

In 1986, Hartman signed on with Saturday Night Live as a writer and actor. His friend, Jon Lovitz, had encouraged producer Lorne Michaels to add him to the show's cast. Hartman proved himself to be a master of impersonation. From first lady Barbara Bush to legendary crooner Frank Sinatra, he could do a convincing and entertaining portrayal of nearly any public figure.

While on Saturday Night Live, Hartman took on a number of other roles. He began doing guest voiceover work on the long-running animated series The Simpsons, playing D-list actor Troy McClure and ambulance-chasing lawyer Lionel Hutz. He also landed small roles in such comedies as Coneheads (1993) with Dan Aykroyd and Jane Curtin, and So I Married an Axe Murderer (1993) with Mike Myers.

Hartman was known for being easy to work with and a good friend. His SNL castmates called him "the glue" for the way he helped hold the show together. Hartman decided to leave SNL in 1994, after eight seasons, and quickly moved to primetime with the sitcom Newsradio the following year. On the TV series, he played a pompous, self-important anchorman at a New York radio station. The cast also included Dave Foley, Andy Dick and Maura Tierney. In addition to the series, he appeared in such feature films as 1996's Jingle All the Way.

Off-screen, Hartman reportedly had marital difficulties with his third wife, Brynn Omdahl Hartman. The couple had been married since 1987. She reportedly had struggled for years with drug and alcohol abuse. Their relationship took a tragic turn on May 28, 1998, when she fatally shot Hartman while he was sleeping in their Encino, California, home. She shot herself shortly after, leaving behind a son and a daughter, Sean and Birgen.