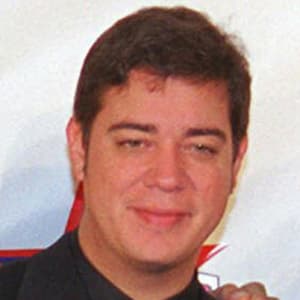 Ray Reyes is a former member of the Latin-pop boy band Menudo and has released a number of successful albums with the band Project M.

Born on March 13, 1970, in New York City, Ray Reyes spent much of his childhood in Puerto Rico and was a member of the group Menudo. After leaving the band, he joined the band Project M and took part in a number of Menudo reunions.

Ray Reyes was born on March 13, 1970, in New York City, and raised in Levittown, Puerto Rico. At the age of 13, he joined Menudo, a Latin-pop boy band founded in 1977 by Edgardo Diaz. During the band's New York tour, Reyes was tapped as the replacement for Xavier Serbia. Known as the "chubby" member of the band, Reyes was reportedly put on a diet when he joined the group.

His tenure in the band overlapped with that of future superstar Ricky Martin. His bandmates also included his younger brother, Raul. In 1984, Menudo gained fame in the United States when it released the English-language album Reaching Out. Reyes and his bandmates soon became teen-magazine pinups, gracing the pages of such publications as Tiger Beat and 16 Magazine. Throughout the early 1980s, they also appeared on a Saturday morning television show and had merchandise filling toy-store shelves.

In 1985, Reyes was asked to leave the band following a growth spurt and voice change that disqualified him from the group. To some, it was no surprise—the band (which was targeted at young teens) routinely kicked out members after they turned 16. Reyes said he was caught off guard by the dismissal, since he wasn't the oldest band member at the time. Just as he replaced Xavier Serbia, Reyes was eventually replaced by the younger Raymond Acevedo.

In 2005, Reyes reunited with his bandmates for a farewell tour, billed as El Reencuentro: Momento del Adios.