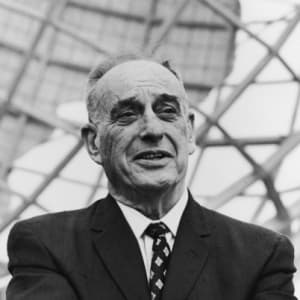 Robert Moses is a controversial figure in urban planning. He is best known for shaping development in and around New York City.

Born in Connecticut in 1888, urban planner Robert Moses became one of the major shaping forces behind America's modern cities. He transformed the city of New York by pushing for the construction of highways, tunnels and bridges. He also helped preserve land for parks throughout New York state. Moses died in 1981. Moses was sometimes a figure of controversy and criticism, but his projects have had a lasting impact. He died in West Islip, New York, in 1981.

Robert Moses was born on December 18, 1888, in New Haven, Connecticut. His family relocated to New York City in 1897 and Moses grew up in Manhattan. He attended Yale University; after his graduation in 1909, Moses went on to study political science at Oxford and Columbia Universities.

In 1913, Moses began his career at the Municipal Research Bureau in New York. While working there, he proposed and partially implemented an ambitious restructuring of New York City's civil service system. In 1919, Governor Al Smith appointed Moses as chief of staff of New York state's reconstruction commission. Moses suggested changes to streamline the state government, though they were not put into place.

A Focus on Development

When Smith was again elected governor in 1922, Moses joined him in the state capital. However, Moses soon focused his attention on the greater New York City area, believing that the region needed development for automobiles and land preservation for parks. Moses convinced Smith to support these initiatives.

Governor Smith appointed Moses as president of the newly created Long Island State Park Commission. By 1925, Moses was also the chairman of the State Council of Parks. These positions were the launching pads that made it possible for Moses to invigorate and reform the state's park systems, both by expanding parks and making them accessible by roads.

In 1933, Fiorello La Guardia, then mayor of New York City, invited Moses to head up the city's Parks Department and the Triborough Bridge Authority. Using funds accessible because of the Great Depression, Moses instituted a large building program. The initiative saw more than 1,700 projects—including a renovation of the Central Park Zoo—completed in only a few months. The construction of highways, tunnels and major bridges was also undertaken.

Moses ran for public office only once; he lost his 1934 bid to become governor by a large margin of votes. After this defeat, Moses continued building. He was pivotal in bringing the headquarters of the United Nations to New York. However, the large public housing towers that were constructed while Moses was running the New York City Housing Authority proved to be unpopular.

During the 1950s, Moses faced growing levels of discontent. Protests against the toll that his projects took on urban residents were growing louder. Critics also blamed Moses for the departure of Brooklyn's baseball team because he had refused to build a new stadium.

With his popularity on the decline, Moses exited his city posts in 1959 to serve as president of the 1964-65 World's Fair. He left most of his state jobs in 1962 when Governor Nelson Rockefeller accepted a resignation Moses had tendered as a bluff. When the Triborough Bridge and Tunnel Authority became a part of the Metropolitan Transportation Authority in 1968, Moses lost his last position of power.

Moses died from heart failure in West Islip, Long Island, New York, on July 29, 1981, at the age of 92. Though he had been criticized for the manner in which he appropriated and developed land, he left behind career accomplishments that include the Lincoln Center for the Performing Arts, Shea Stadium, two hydroelectric dams, Jones Beach State Park, 13 bridges and 35 highways. Moses also oversaw the preservation of more than 2.5 million acres of parks in New York state. His vision of city planning influenced many metropolises throughout America.