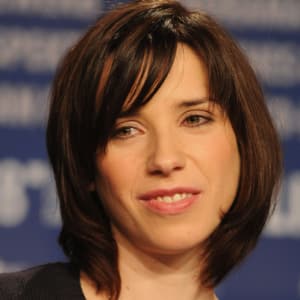 Who Is Sally Hawkins?

Born in London, England, in 1976, actress Sally Hawkins studied her craft at the famed Royal Academy of Dramatic Art. A notable early film role came in Mike Leigh's All or Nothing (2002), and she later reteamed with Leigh for Happy-Go-Lucky (2008), for which she won a Golden Globe Award. Hawkins garnered more awards buzz for her work in Woody Allen's Blue Jasmine (2013), and Guillermo del Toro's The Shape of Water (2017).

Coming Out of Her Shell

Born on April 27, 1976, in London, England, actress Sally Hawkins grew up in a creative household. Her parents, Jacqui and Colin, are a successful writer-illustrator team behind numerous children's books. She spent her early years in London's Blackheath neighborhood with her older brother.

Hawkins was a shy child who struggled with dyslexia. As she explained to the Independent newspaper, getting into acting helped her both personally and academically. "English was always an academic subject, there was a barrier I found so hard to break. But as soon as I spoke the words, I understood what they meant." Hawkins was so taken with performing that she applied to the Royal Academy of Dramatic Art, earning acceptance into the prestigious program.

After graduating from RADA in 1998, Hawkins landed roles in such films as Mike Leigh's All or Nothing (2002). She also appeared in the crime thriller Layer Cake (2004), with Daniel Craig, and reteamed with Leigh for his 1950s drama Vera Drake, starring Imelda Staunton. In 2007, her first project with famed director Woody Allen, Cassandra's Dream, hit the big screen.

The following year, Hawkins had a career breakthrough with a starring role in Leigh's Happy-Go-Lucky, playing a relentlessly cheerful London schoolteacher named Poppy. Hawkins's deft handling of the role earned her wide acclaim and a Golden Globe win for Best Performance by an Actress in a Motion Picture – Musical or Comedy.

A London theater scene veteran, Hawkins made her Broadway debut in 2010 in a revival of George Bernard Shaw's Mrs. Warren's Profession. That year she also starred opposite Miranda Richardson in Made in Dagenham, about the 1968 women's strike at an English Ford car plant.

In 2013, Hawkins again made waves for her supporting role in Woody Allen's Blue Jasmine. As the working-class Ginger, she stirs up family tensions when she tries to lean on her wealthy socialite sister Jasmine, played by Cate Blanchett. Both actresses earned Academy Award and Golden Globe nominations for their performances in the film.

Hawkins went on to appear in the 2014 reboot of Godzilla, and provided voice work for that year's animated adaptation of the popular children's book Paddington and its 2017 sequel.

'The Shape of Water'

Also in 2017, Hawkins starred in one of the year's most lauded films, The Shape of Water, as a mute janitor who falls in love with a humanoid sea creature held captive in a government lab. While featuring a somewhat familiar narrative described as Beauty and the Beast meets Splash meets Creature From the Black Lagoon, the film grabbed audiences through its breathtaking shots and emotional resonance.

Hawkins's contributions were among the celebrated aspects of the production, with one industry insider applauding her "wonderful delicacy" in a role with no dialogue. She subsequently garnered both Golden Globe and Academy Award nominations for her impressive performance.