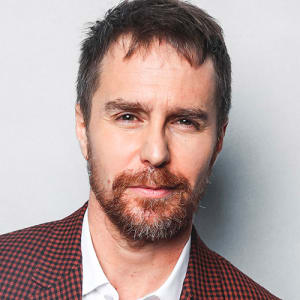 American actor Sam Rockwell has starred in such films as ‘Confessions of a Dangerous Mind’ and ‘The Hitchhiker’s Guide to the Galaxy.’ He won his first Academy Award in 2018 for his role in ‘Three Billboards Outside Ebbing, Missouri.’

Who Is Sam Rockwell?

Sam Rockwell is a versatile American actor with dozens of movie credits. Seen mainly in supporting roles, he has worked alongside such leading men and women as Tom Hanks (The Green Mile, 1999), Nicolas Cage (Matchstick Men, 2003), Brad Pitt (The Assassination of Jesse James by the Coward Robert Ford, 2007), Robert De Niro (Everybody’s Fine, 2009), Robert Downey Jr. and Scarlett Johansson (Iron Man 2, 2010) and Daniel Craig (Cowboys & Aliens, 2011). Rockwell emerged as a star in his own right with his Oscar-winning performance in Three Billboards Outside Ebbing, Missouri (2017).

In 2017 Rockwell appeared alongside Frances McDormand and Woody Harrelson in Three Billboards Outside Ebbing, Missouri. Rockwell played Jason Dixon, a local bully and racist who also happens to be a member of the police force in fictional Ebbing, Missouri.

The performance thrust Rockwell into the spotlight after years of lesser-known roles, resulting in his first Golden Globe and Academy Award wins, in the Best Supporting Actor category.

After high school, Rockwell moved to New York to train as an actor and pursue an acting career. Like other actors his age, he had small roles in TV shows like HBO’s Lifestories: Families in Crisis and Law & Order.

‘The Green Mile,’ ‘Galaxy Quest,’ ‘Confessions of a Dangerous Mind’

In 2002, Rockwell was seen in one of his rare leading roles – as the TV game show impresario Chuck Barris in Confessions of a Dangerous Mind, adapted from one of Barris’ memoirs and directed by George Clooney.

Rockwell has been steadily employed as an actor in a variety of roles since the mid-’90s, with roles in one or more movies almost every year to the present. He played a journalist, the late New York Times columnist James Reston, in Frost/Nixon (2008), a high school girls basketball coach in The Winning Season (2009), an astronaut in Moon (also 2009), a man wrongfully convicted of murder in Conviction (2010), starring Hilary Swank, a small-time criminal whose specialty is kidnaping dogs for ransom in Seven Psychopaths (2012) and a nebbish pharmacist in Better Living Through Chemistry (2014).

Rockwell has never been married, but he has been in a steady relationship with actress Leslie Bibb since 2007. The two revealed that they were entering their 11th year together when they were interviewed on the Red Carpet outside the Screen Actors Guild Awards in January 2018. Rockwell won a SAG Award that evening – Best Supporting Actor for Three Billboards Outside Ebbing, Missouri. Rockwell and Bibb reportedly live in New York, in a loft in the East Village.

In addition to his Oscar and Golden Globe wins in 2018, Rockwell earned recognition from the Hollywood Film Awards, the SAG Awards and the Critics' Choice Awards for his performance in Three Billboards.

Prior to that, Rockwell received Best Actor honors at the Berlin International Film Festival for his leading role in Confessions of a Dangerous Mind, a Special Jury Prize at the Sundance Film Festival for Choke and a Best Supporting Actor win at the Hollywood Film Awards for Conviction.

Sam Rockwell was born on Nov. 5, 1968, in Daly City, California. His parents were both actors, Pete Rockwell and Penny Hess. The family moved to New York when Rockwell was two, living in the Bronx and then Manhattan. When Rockwell was five, his parents separated and Rockwell went with his father to live in San Francisco, where the young Rockwell grew up (although he spent summers in New York with his mother).

Rockwell has built a reputation among fellow actors and directors as a serious actor who is known for continually honing his craft. He is said to work on every part he accepts with a long-time acting coach. “I gotta get familiar with the material: repetition, rehearsal, and keep reading the material over and over again,” he says about his preparation process.

For Rockwell, maintaining his acting skills has been more valuable in advancing his career than networking with directors and other actors. It’s a lesson he tries to impart when he speaks to acting students. “They’ll say, ‘How do you network?’ and I always sort of say, ‘I don’t really know much about networking. You don’t get to be Daniel Day-Lewis and Meryl Streep by shaking hands [and] going to parties.’ ”