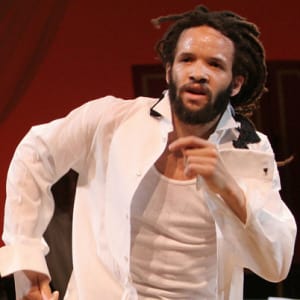 Savion Glover is an award-winning tap dancer and choreographer known for works like ‘Jelly’s Last Jam’ and ‘Bring in ‘da Noise/Bring in ‘da Funk.’

Born on November 19, 1973, in Newark, New Jersey, Savion Glover is a virtuosic tap dancer who made his Broadway debut at 12 in The Tap Dance Kid, followed by Black and Blue. He later worked with director George Wolfe on Jelly's Last Jam and Bring in ‘da Noise/Bring in ‘da Funk, for which Glover won a choreography Tony. He later received another Tony nomination for his choreography work on 2016's Shuffle Along. A teacher as well, Glover has made appearances in a variety of television and film projects.