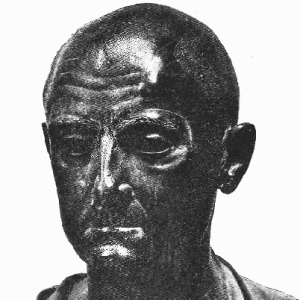 Scipio Africanus was a talented Roman general who commanded the army that defeated Hannibal in the final battle of the Second Punic War in 202 B.C.

Born in Rome in 236 B.C., Scipio Africanus was a member of a patrician Roman family. His father, a Roman consul, was killed during the Second Punic War. Scipio took up the mantle of military leadership and proved himself to be a gifted general and tactician. In 202 B.C., Scipio defeated Hannibal in the Battle of Zama and ended the Second Punic War. He died circa 183 B.C. in Liternum.

Publius Cornelius Scipio, who would become famed Roman general Scipio Africanus, was born in Rome, Italy, in 236 B.C. His patrician family was one of Rome's five great families. Scipio shared the same name as his father, a Roman consul.

In 219 B.C., Hannibal, a Carthaginian general, started the Second Punic war by attacking the city of Saguntum (Sagunto, Spain), an ally of the Roman Republic. Scipio—who had been trained to become a military leader—followed his father into war to defend Rome's strategic interests. Scipio rode into the battle of the Ticinus River to rescue his father in 218 B.C.

Scipio continued to fight for Rome as Hannibal's army moved into Italy. In 216 B.C., at the Battle of Cannae, the Romans suffered heavy losses after being encircled by Hannibal's forces. Scipio survived the battle, and regrouped at Canusium with 4,000 other survivors. He also kept some of these men from deserting.

Commander in the Second Punic War

Though Scipio took a civilian position in 213 B.C., he returned to fighting after his father and uncle were killed in battle. In 211 B.C., Scipio was given the command of Rome's forces in Spain. Two years later, he took the city of Carthago Nova (New Carthage), the center of Carthaginian power in Spain. This gave Scipio access to a new cache of weapons and supplies.

At the Battle of Baecula in 208 B.C., Scipio defeated Hasdrubal (Hannibal's brother), who escaped to Italy with some of his troops. The next year, Scipio convinced the local population in Spain to forswear Carthage and pledge their allegiance to Rome. In 206 B.C., Scipio defeated the remaining Carthaginian forces in Spain, which placed Spain under Roman control.

Scipio was elected consul in 205 B.C. He next planned to take his forces to Africa, but had to overcome opposition from the Roman Senate. Though his political enemies limited his troop numbers, Scipio was able to raise additional troops and soon traveled from Sicily to North Africa. Hannibal was recalled from Italy in order to defend Carthage.

In 202 B.C., the armies of Scipio and Hannibal faced each other in the Battle of Zama. During the conflict, the Romans sounded horns that panicked the Carthaginian elephants, causing them to reverse and trample many of Hannibal's troops. Scipio's forces were triumphant and the Carthaginians sued for peace, thus ending the Second Punic War.

Scipio returned to a hero's welcome in Rome in 201 B.C. Due to his triumphs in Africa, he was awarded the title "Africanus." He was elected consul for a second time in 194 B.C.

Despite his triumphs, Scipio had many powerful political enemies in Rome, including Marcus Cato. Scipio faced charges of bribery and treason that were intended to discredit him, and he left Rome in 185 B.C. At the approximate age of 53, Scipio died at his estate in Liternum, Campania (now Patria, Italy), circa 183 B.C.

Disgusted by the ingratitude of the Roman government, Scipio arranged for his body to be buried in Liternum and not in Rome. However, he would be remembered by Romans and others for his superior military abilities and accomplishments.