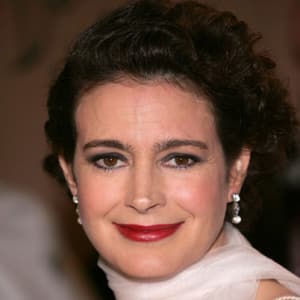 Sean Young is an American actress best known for her roles in the films Blade Runner (1982) and No Way Out (1987).

Sean Young is an American actress born on November 20, 1959, in Louisville, Kentucky. After high school, she moved to New York to study at the School of American Ballet and to pursue a modeling career. Young decided to try acting instead and moved to California where she performed in her first film, Jane Austen in Manhattan (1980). Her big breakthrough came when she appeared in the hit movie Blade Runner (1982). Young soon became an established actress with roles in films such as Young Doctors in Love (1982), No Way Out (1987) and Wall Street (1987). Her career cooled in the 1990’s, and she continues to act in small roles today in television and film.

The daughter of two writers, Young grew up in Cleveland, Ohio. She developed an interest in performing arts during her school years. Young even staged her own dance recital while attending Cleveland Heights High School. Deciding on her career path early on, she then studied at the Interlochen Arts Academy in Michigan.

Young went to New York to study at the School of American Ballet. While there, she tried her hand at modeling as well. Young then moved out to California where she landed her first film role in Jane Austen in Manhattan (1980), which was directed by James Ivory. Another small role soon followed with Young in the Bill Murray comedy Stripes (1981). Her first major career breakthrough, however, came with the now classic science-fiction thriller, Blade Runner (1982). She appeared opposite Harrison Ford, playing his android love interest.

Tackling a variety of projects, Young starred in the 1982 comedy Young Doctors in Love. She also had a small role in the science fiction epic Dune (1984). In 1987, Young established her image as a big-screen siren for her turn in No Way Out. Young co-starred with Kevin Costner in the thriller, which is best remembered for its steamy love scenes. Around this time, she also started to develop a reputation for being difficult to work with. Young reportedly clashed with director Oliver Stone while making Wall Street (1987). Her role was allegedly trimmed down by Stone.

While many thought her career would soon take off, Young ran into trouble with her next project. She starred opposite James Woods in The Boost (1988), which proved to be a critical and commercial disappointment. There was also a lot of drama occurring off-screen between the pair. Some claim that the two had a relationship, but both actors have denied it. In 1988, Woods sued Young for harassment, claiming that the actress had unleashed a "jihad of terror" against him and Sarah Owen, who later married Woods. The case was later settled out of court.

Young landed a role in Tim Burton's hit film Batman (1989), but she had to drop out of the production after breaking her arm. She was reportedly fired from the cast of Dick Tracy (1990) soon after. That same year, Young married actor Robert Lujan. The couple had two sons, Rio Kelly and Quinn Lee, together before divorcing in 2002.

In 1991, Young again made headlines for her behavior. Wanting to land the role of Catwoman in the latest Batman film, she dressed in costume and stormed her way into the Warner Brothers studio lot. Young later admitted that the stunt "totally backfired." The part went to Michelle Pfeiffer instead. Young spent much of the remainder of the 1990s living away from the spotlight in Sedona, Arizona. She continued to act, but she landed few notable projects. Her most high-profile part came in 1994 when she appeared in the comedy Ace Ventura: Pet Detective opposite Jim Carrey.

After being out of the spotlight for years, Young worked on rebuilding her career. She landed a number of television guest appearances on such shows as CSI: Crime Scene Investigation, Third Watch, Boston Public and Reno 911!. But Young sabotaged her own efforts with a disturbing tirade during the Directors Guild of America Awards ceremony in 2008. She heckled director Julian Schnabel during his acceptance speech and had to be removed by security. Not long after the incident, Young sought treatment for substance abuse at a rehabilitation center.

These days Young continues to pursue her passion for acting. In 2010, she spent six months playing a scheming villain on the popular daytime soap The Young and the Restless. Young also tried her hand at ice skating as a competitor on the reality show Skating with the Stars later that year.