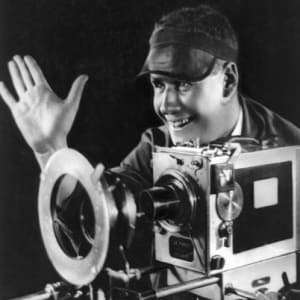 Acclaimed Russian director Sergei Eisenstein pioneered the use of the montage and other modern filmmaking techniques. He is known for such films as ‘Battleship Potemkin,’ ‘October’ and ‘Alexander Nevsky.’

Who Was Sergei Eisenstein?

Born in 1898 in Riga, Russia, Sergei Eisenstein trained as an architect and engineer before pursuing theater and film. With early films like Battleship Potemkin, he showcased the ability to

stimulate audiences with tales of Russian heroism, particularly through the use of pioneering techniques like the montage. The director later earned acclaim for the historical biopic Alexander Nevsky, but fell out of favor after his second installment of Ivan the Terrible was interpreted as an attack on Soviet Premier Joseph Stalin. Eisenstein died in Moscow in 1948.


Sergei Mikhailovich Eisenstein was born on January 22, 1898, in Riga, Russia (now Latvia). The son of a shipbuilder, he studied architecture and engineering at the Petrograd Institute of Civil

Engineering, and joined the Red Army as an engineer. He also drew attention for his production of propaganda pieces, inspiring him to join the Proletkult Theater in 1920.

Initially an assistant stage designer, Eisenstein soon became a director. He created his first short film, Gulmov’s Diary, in 1923, and that year he also penned an essay on presentation techniques that provided a taste of things to come, titled "Montage of Attractions."


In 1925, Sergei Eisenstein delivered his first full-length feature, Strike. Based on the 1903 factory strikes at Rostov-on-the-Don, the film became known for a scene in which workers being

mowed down by machine-gun fire were juxtaposed with shots of cattle being slaughtered.

Eisenstein followed with Battleship Potemkin (1925), about the 1905 mutiny aboard the titular vessel, and October (1928), commissioned for the 10th anniversary of the October Revolution.

Both features showcased his pioneering method of using montages to highlight his heroic tales of the masses rising against oppressive forces.


Renowned for his filmmaking techniques by the late 1920s, Eisenstein traveled extensively to deliver lectures in such locales as Berlin, Paris, Zurich and London. He signed a contract with

Paramount Pictures in 1930, though he left later that year without producing a film for the Hollywood studio.

Eisenstein received a warm welcome in Mexico, where he hobnobbed with Frida Kahlo and Diego Rivera. He also secured funding to direct a history epic titled Que Viva Mexico!, though the film

'Alexander Nevsky' and 'Ivan The Terrible'


Returning to his home country, Eisenstein scored a hit with Alexander Nevsky (1938), about the 13th century Russian prince's stand against German Crusaders. Although the director was

awarded the Order of Lenin and Stalin Prize for his efforts, the film was pulled from distribution following the signing of the 1939 German-Soviet Nonaggression Pact.

Eisenstein ran into more trouble with his multi-part Ivan The Terrible. Part I won the director another Stalin Prize after its release in 1944, but Part II came under heavy criticism for its

perceived attacks on the Soviet premier. When the film was banned from theaters (later surfacing in 1958), it also forced Eisenstein to abandon production on Part III.

Slowed by a severe heart attack in 1946, Sergei Eisenstein was killed by another one on February 11, 1948, in Moscow.

Remembered as one of the innovative filmmakers of his era, Eisenstein influenced both his own countrymen and the generations of Hollywood directors that followed, from Alfred Hitchcock to Brian De Palma.

Marking the 120th anniversary of his birth, Google honored Eisenstein on January 22, 2018, with a featured "Google Doodle" on its homepage.