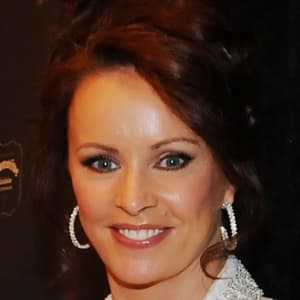 Grammy Award–winning singer Sheena Easton is recognized for such hits as “Morning Train,” “For Your Eyes Only,” “Strut” and “Sugar Walls.”

Sheena Shirley Orr was born on April 27, 1959, in Bellshill, Scotland. The pop star is best known as Sheena Easton (her ex-husband's last name); she broke out on the scene as a pop singer in the early 1980s. Easton churned out several hits over the decades as well as two Grammy Awards. The performer is best known for singles like "Morning Train," the James Bond movie theme song "For Your Eyes Only" and the sexy "Strut" as well as collaborations with Kenny Rogers and Prince. Over the years Easton has also delved into acting and other business ventures. The mother of two adopted children continues to perform while raising her family.

Sheena Easton, the successful Scottish pop singer, was born Sheena Shirley Orr on April 27, 1959, in Bellshill. (She became a U.S. citizen in 1992.) She was the youngest of six kids. When her father Alex, a steel mill worker, passed away when Easton was just 10, her mom had to work as a laborer to support the family.

At an early age, Easton knew that she wanted to sing for the world. Her music influences varied when she was growing up, from Barbra Streisand to Motown, to rock 'n' roll and '70s soul. She attended the Royal Scottish Academy of Music while performing in the group Something Else.

Easton's breakout moment came from appearing on a BBC reality show The Big Time, which focused on amateurs trying to reach their dreams. Afterward, the singer got a record deal, and her debut singles, the women's empowerment anthem "Modern Girl" and the grand "9 to 5," made it onto the charts in England. She became the first female artist since the 1950s to have two Top 10 hits at the same time in Britain. An album followed in 1981, as did her recognition in the United States. Her song "9 to 5" was retitled "Morning Train" (since Dolly Parton had a track of the same name already in circulation), and quickly became a smash hit.

Easton had arrived, and that was confirmed when she took home the Grammy Award for Best New Artist. Other hits followed, including "For Your Eyes Only," the theme song to the 1981 James Bond movie of the same name. In 1983, she scored again with the Kenny Rogers duet "We've Got Tonight" and the uptempo top 10 pop hit "Telefone (Long Distance Love Affair)."

With 1984' A Private Heaven, Easton went for more of a dance vibe and a racier persona. The album offered another top 10 hit for Easton with "Strut," a thumping track about a woman refusing to be a man's plaything. And the somewhat scandalous song "Sugar Walls," which was written and produced by Prince, reached no. 3 on the r&b charts. She and Prince would later work together again on his 1987 hit song "U Got The Look" as well as "The Arms of Orion" from the 1989 Batman soundtrack.

The Family Resource Center, led by Tipper Gore, targeted "Sugar Walls" for its suggestiveness, but Easton stood up to the criticism. It didn't seem to hinder her career, as that same year she was honored as the only artist in history to have top 5 hits on Billboard's five major charts—pop, r&b, country, adult contemporary and dance.

Afterward, Easton continued to test her musical boundaries. In 1985, she won a Grammy Award for Best Mexican-American Performance for a duet with Luis Miguel. By the end of the decade, she released 1989's The Lover in Me, an album with a decidedly urban contemporary sound and production from L.A. Reid and Babyface. The duo worked on the dance-oriented title track, which was both a pop and r&b success, while Easton again reunited with Prince for the tunes "101" and "Cool Love." Two years later Easton released the album The Lover in Me. The project didn't fare well commercially, though the title track did reach the top 20.

In 1993, Easton released No Strings, a collection of jazz/blues standards with songwriters like Irving Berlin and the Gershwin brothers. The album My Cherie followed in 1995. More recently, she recorded songs for Disney's animated series Phineas and Ferb in 2009, in addition to her occasional live performances.

Acting and Other Endeavors

In 1987, Easton appeared on several episodes of Miami Vice as Caitlin Davies, the wife of Don Johnson's character Detective James "Sonny" Crockett. Other acting work followed through the years, including a cameo in the 1993 film Indecent Proposal, a co-hosting role on a Las Vegas morning show in 2003 and a regular role on PAX's Young Blades in 2005. Easton also ventured onto Broadway, starring in two musical revivals during the 1990s: Man of La Mancha and Grease. The pop diva didn't stop at singing or acting, either; she also tried her hand in business by creating a line of angel figurines in 2000 that were sold on QVC.

While Easton flourished in many areas of career, she had challenges in her love life. Her first marriage, at 19 to Sandi Easton in 1979, lasted only eight months. Shortly after moving to the United States in 1981, she wed music-industry booking agent Rob Light; that union fizzled after a year and a half. Easton later had a whirlwind romance with nature-film director Tim Delarm and married him in 1997, after a courtship of just a few weeks. One year later, the two split in a messy divorce. Marriage No. 4, to Beverly Hills surgeon John Minoli, survived just one year as well.

Easton has nonetheless found great joy in motherhood. She adopted a son, Jake, in 1994, and daughter Skylar in 1996. "What lights me up is being a mom and singing. That's what I'm about now," she said in a 2001 interview with the Arizona Republic. "It's not about what's going to make me the most famous. I don't care about that kind of stuff anymore." She later relocated to Las Vegas, where she's performed.

In April 2016, after learning of the death of her former collaborator Prince, she said in a statement: "The world of music was forever changed the day he picked up his guitar. His talent was breathtaking, his heart was kind, and all of us have been blessed to have had a glimpse into this sweet and magical soul."