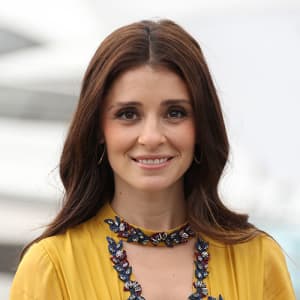 Shiri Appleby is an American actress best known for her television roles in ‘Roswell’ and ‘UnREAL.’

Who Is Shiri Appleby?

Born in 1978, Shiri Appleby is a film and television actress who's most famous for playing the lead roles on WB's sci-fi show Roswell and Lifetime's dramedy UnREAL. She's also been seen on the final season of ER and had recurring roles on HBO's Girls and NBC's Chicago Fire. On the big screen, she's appeared in Swimfan and Charlie Wilson's War, among many other films.

Although Appleby originally auditioned for different roles on Roswell, she ended up being chosen to play main character Liz Parker on the sci-fi show, which aired from 1999-2002. In 2018 a reboot of the show, which is based on the young adult series Roswell High, was announced and Appleby couldn't have been more excited.

“I heard! I can’t wait for them to call me to direct an episode,” she told Us Weekly magazine. “Jason Behr and I are back in touch and really close and we’re actually looking for something to work on together. I don’t know if it’s Roswell or anything else, but I am excited to direct in the reboot.”

Among her film credits, Appleby was seen in the thriller Swimfan (2002), What Love Is (2007), opposite Cuba Gooding Jr., and played press secretary to Tom Hanks' character Charlie Wilson in Charlie Wilson's War (2007).

The following year she landed the role of intern Daria Wade in the final season of ER and later played radio talk show host Cate Cassidy in The CW's short-lived Life Unexpected (2010-2011). Other notable projects include NBC's Chicago Fire and HBO's Girls.

But perhaps her most visible role to date is playing troubled reality show producer Rachel Goldberg on Lifetime's successful dramedy UnREAL, which premiered in 2013. Despite her character's history of manipulating reality contestants on the show, Appleby admits that Goldberg is trying to keep it honest starting in season 3. “She really feels like, ‘If I can get a handle on the manipulation and the lies, I can get a handle on my life,’” Appleby told Variety during an interview. “This is her only way to take control of her life.”

But Appleby has evolved behind the scenes on UnREAL as well. The actress has directed two episodes, one in 2016 and the other in 2018. "I'm having the best time," she told the Daily Mail. "Being able to be the person that's finally calling the shots and speaking your mind with confidence is very liberating."

When and Where Was Shiri Appleby Born?

Appleby was born on December 7, 1978, in Los Angeles, California.

Appleby married restauranteur and chef Jon Shook in 2013. The couple have two children: a daughter named Natalie (born in 2013) and a son named Owen (born in 2015).

Appleby grew up in a Jewish home and went to Calabasas High School. She later attended the University of Southern California for a brief time before finishing up her bachelor's degree online.