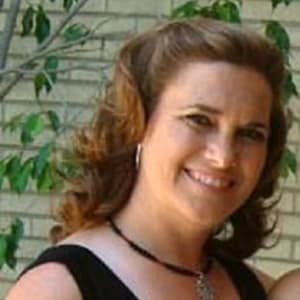 Sidney Greenbush portrayed Carrie Ingalls on Little House on the Prairie from 1974 to 1982. An identical twin, she shared the role with her sister.

Sidney Greenbush was born in Los Angeles, California, on May 25, 1970. From 1974 to 1982, she and her twin sister shared the role of Carrie Ingalls on Little House on the Prairie. Though she appeared in a movie after Little House, Sidney soon left acting. As a teenager she developed an interest in barrel racing, and she followed that passion to become a competitor on the rodeo circuit.

Sidney Robin Bush was born on May 25, 1970, in Los Angeles, California. Her parents were Carole and Billy "Green" Bush. She also had an identical twin, Rachel Lindsay, and an older brother, Clay.

Sidney's father was an actor — his credits include the 1971 film Five Easy Pieces — and his twin daughters ended up following in his show business footsteps. They did commercials and also portrayed the role of Jill in the television movie Sunshine (1973).

Little House on the Prairie

When Michael Landon was looking for young girls to play Carrie Ingalls in a TV adaptation of Little House on the Prairie (based on the books by Laura Ingalls Wilder), he heard about Sidney and Rachel's successful work on Sunshine from the film's director. Landon brought the two in for a meeting, and soon hired them for the show.

The twins — who were credited together as Lindsay Sidney Greenbush — alternated in the role of Carrie, but it's Sidney whose tumble on the hill could be seen in the opening credits. Both girls appeared on screen together in "The Godsister," an episode in which Carrie invents an identical imaginary friend to keep her company. Rachel and Sidney were also sometimes joined on the show by their brother, Clay, who would appear as an extra.

Thanks to the fame that came with a role on a popular TV show, the girls were invited to visit Amy Carter, President Jimmy Carter's daughter, at the White House. They also traveled to New York for the program Kids Are People Too (and got to meet Bill Murray during the trip). However, Landon could be demanding at times, which meant that the Little House set wasn't always an enjoyable place for the young girls.

Despite the tensions, the two remained on Little House for the entire run of the show, from 1974 until 1982. Sidney and Rachel did not return for the spin-off series or for any of the final Little House TV movies.

From the Prairie to the Rodeo

After her time on Little House was over, Sidney appeared in the film Hambone and Hillie (1984). However, she soon decided to step back from acting (as did her sister). Sidney graduated from Santa Monica High School in 1988, then got a degree in animal science from Pierce College.

Taking formal riding lessons at 13 let Sidney see that she didn't possess a classical riding style. Instead, she ended up embracing the sport of barrel racing. She worked to join the rodeo circuit, and encountered veterinarian and horse trainer William "Rocky" Foster during her travels.

Sidney and Foster were married in 2000 (Sidney's first husband was machinist Charles Caraccilo; their marriage had ended in divorce in 1998). After the marriage, she continued to compete as a barrel racer, and also trained and bred horses.

On May 5, 2009, Sidney's husband committed suicide on the grounds of the couple's home in Visalia, California. Media reports stated that Sidney had asked Foster for a divorce days before the tragic event.

Though she and her sister endured some unhappy moments on the set, Sidney believes that being on Little House was a positive experience in the end. She has participated in many Little House-related events over the years, including joining her sister on a 2014 visit to the real-life Walnut Grove, Minnesota, in honor of the 40th anniversary of the TV show's premiere.

In a 2015 interview with The Malibu Times, Sidney stated she was working as a sales system administrator for a residential builder.