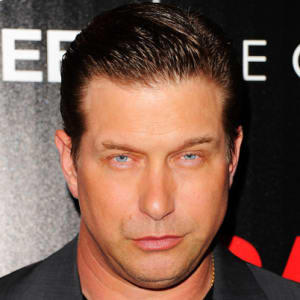 Stephen Baldwin, youngest brother of actor Alec Baldwin, is known for his television and film career, and for his conservative political and religious beliefs.

Actor Stephen Baldwin was born to a large, middle-class family on May 12, 1966, in Massapequa, New York. Like his brothers Alec, Daniel and Billy, he pursued a career in acting. He has appeared on television and in films since the late 1980s and is best known for his roles in The Usual Suspects and Bio-Dome. He is a born-again Christian and a political conservative. He and wife Kennya have two daughters.

Stephen Andrew Baldwin was born on May 12, 1966, in the suburb of Massapequa on Long Island, New York. He was the youngest of six children of Carol (Martineau), a homemaker, and Alexander Rae Baldwin, a high school teacher. His brothers Alec, Daniel and William (known as Billy) all would become actors; his two sisters, Jane and Elizabeth, entered other professions.

Baldwin attended Alfred G. Berner High School in Massapequa, graduating in 1984. During his teens, he studied opera and showed talent as a singer. After high school, he attended The American Academy of Dramatic Arts in New York and began a career as an actor.

Baldwin made several television appearances in the 1980s, beginning with a small role on the miniseries The Lawrenceville Stories in 1986-87 and continuing with parts on episodes of Family Ties and China Beach. He portrayed the young William "Buffalo Bill" Cody on the series Young Riders from 1989 to 1992.

Baldwin's film career reached a high point in 1995, when he played a criminal in the ensemble thriller The Usual Suspects. For the rest of the 1990s he was better known for his work in comedies like Bio-Dome (1996) and low-budget action thrillers, including One Tough Cop and Scar City (both 1998).

Baldwin has acted in fewer big-screen releases since 2000. Instead, he has been featured more frequently in made-for-television movies and direct-to-video films such as Slap Shot 2: Breaking the Ice. He also has been cast in several reality-television programs: I'm a Celebrity…Get Me Out of Here, The Celebrity Apprentice and Celebrity Big Brother UK.

In his 2006 autobiography The Unusual Suspect, Baldwin discussed his conversion to born-again Christianity. He has campaigned for several Republican politicians, including Mike Huckabee, John McCain and Sarah Palin. He also has collaborated on projects such as Breakthrough Ministry, which combines evangelical Christianity with extreme sports, and a weekend talk-radio show aimed at a conservative Christian audience.

Baldwin met Brazilian-born Kennya Deodato in 1987; the couple married in 1990. They have two daughters, Alaia and Hailey.

He has faced a series of financial and legal troubles, including bankruptcy in 2009 and an arrest for state income-tax evasion in late 2012.