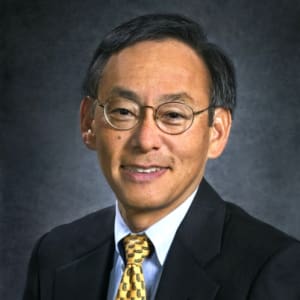 Physicist Steven Chu was co-winner of the Nobel Prize for Physics in 1997 for his work on cooling atoms, and became the U.S. Secretary of Energy in 2009.

Steven Chu was born on February 28, 1948, in St. Louis, Missouri. After leaving a job with Bell Labs in 1987, he became a physics professor at Stanford University. He would later teach at University of California, Berkeley. In 1997, he won the Nobel for his work on cooling atoms with lasers. In 2009, he became the U.S. Secretary of Energy. In 2011 he spoke to students at the National Science Bowl.