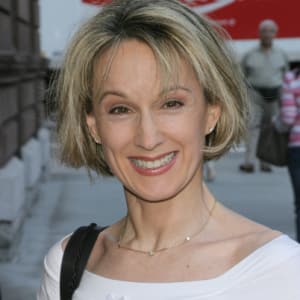 Sydney Biddle Barrows is famous for running a high-class escort service in the 1980s.

A descendant of the Mayflower Pilgrims, Sydney Biddle Barrows was born into am affluent family in Philadelphia. After losing her job in New York's fashion industry, Barrows worked the phone for an escort service. She opened her own escort service, and gained a reputation for providing high-class prostitutes. She was arrested in 1984, and has since become a best-selling author of business books based on her experiences.

Sydney Biddle Barrows was born on January 14, 1952, in Hopewell, New Jersey. A true American blueblood, Barrows's mother and father are both descendents of the original Pilgrims who arrived at Plymouth Rock on the Mayflower in 1620. Her mother was named Jeanette Ballantine, and her father, Donald Barrows, Jr., worked in publishing. Barrows's parents divorced when she was only 4 years old, and she was raised primarily by her mother and her stepfather, Dr. Felix Molzer. Molzer was a former conductor of the Vienna Boys Choir and founder of the Monmouth Conservatory of Music in Rumson, New Jersey.

Barrows attended Rumson Country Day School, and then continued on to Stoneleigh-Burnham, an elite preparatory school in Greenfield, Massachusetts. At Stoneleigh-Burnham, Barrows distinguished herself as an equestrienne and an active member of the glee club, and was reportedly well-liked by her classmates. "She was always a great person to be with," one of Barrows's contemporaries at the school later recalled. "Very spunky. She had a great zest for life and a wonderful sense of humor."

After graduating from high school in 1970, Barrows moved to New York City, where she spent a year working as a receptionist. A year later, she enrolled at Manhattan's Fashion Institute of Technology to study fashion buying and merchandising. She graduated in 1973 and received the school's prestigious Bergdorf Goodman Award, which included a $1,000 prize for academic excellence. Barrows then landed a position in the executive training program at Abraham & Strauss, and worked for five years in the famous store's jewelry department. In 1978, she accepted a job as the divisional merchandise manager at May Company, the owner of Lord & Taylor. However, Barrows was fired several months later, she says, for refusing to participate in a corporate kickback scheme.

One day in late 1978, Barrows was waiting in line for her unemployment check when she met a young woman who told her she worked the phones for an escort service to make extra money. The woman offered Barrows a job answering calls for the same service, and Barrows, desperate for money, reluctantly accepted. "It was paying $50 a night off the books and unemployment was only $150 a week," she later explained. "It was a lot of money back then." Barrows was simultaneously intrigued by the moneymaking possibilities of the sex industry and frustrated by the way the particular service she worked for was run. "It may have been the world's oldest profession, but it wasn't being run very professionally!" she remembered. "My girlfriend and I were constantly Monday-morning quarterbacking, saying 'Why doesn't he run it this way?' One day we just looked at each other and said you know, we're as smart as he is, we're definitely nicer than he is, why don't we start our own escort service? So we did. I literally fell into it. That's exactly how it happened."

In 1979, Sydney Biddle Barrows assumed the alias "Sheila Devin" and founded three separate prostitution services: Elan, Finesse and Cachet. She opened a basement office on New York's 79th Street to serve as her operation's headquarters, but all three services were "out-girl services" in which the prostitutes met clients at hotels or their private residences. Barrows soon set out to ensure her services were the most prestigious in the industry. She instituted a rigorous hiring process to ensure that all of her employees were not only beautiful but also educated and well-mannered. One of Barrows's former employees recalled that she was asked to come to her interview "dressed as if your grandfather were taking you to lunch." When seeing clients, Barrows required her employees to dress elegantly and modestly, and observe highly detailed rules of decorum. She then regularly phoned clients afterward to ensure that her employees had behaved as required. Another former employee said, "She always said she wanted the girls to be romantic … ladylike … loving … and warm. You were never allowed to discuss money with a customer. The phone person did it. And you weren't supposed to collect till the end, which I've never heard of before. She had a lot of faith." Barrows also forbade her employees from asking clients to wear condoms, a rule that provoked the ire of many of the women who worked for her.

By the early 1980s, Barrows operated one of the most prestigious "high class" prostitution rings in New York City, boasting a clientele that supposedly included many powerful businessmen and celebrities. In 1984, though, her genteel sex empire came crashing down when Barrows was arrested and charged by the New York district attorney with promoting prostitution. The story soon became a tabloid media sensation, with the press dubbing Barrows the "Mayflower Madam" in reference to her storied ancestry. After months of hoopla, Barrows made a plea bargain, admitting her guilt in exchange for a lenient punishment of nothing more than a $5,000 fine.

Since shutting down her prostitution ring in 1984, Barrows has enjoyed a highly successful career as an author and business consultant. In 1986, she wrote The Mayflower Madam: The Secret Life of Sydney Biddle Barrows, an autobiography providing an insider look at the inner dynamics of the prostitution industry. An instant best-seller, the book was named one of Fortune magazine's 10 best business books of the year, and has since been used in the curriculum at Harvard Business School. Barrows has since authored three more books: Mayflower Manners: Etiquette for Consenting Adults (1990); Just Between Us Girls: Secrets about Men from the Mayflower Madam (1996); and Uncensored Sales Strategies: A Radical New Approach to Selling Your Customers What They Really Want—No Matter What Business You're In (2009). Barrows also works as a private business consultant.

Barrows remains one of the most infamous madams in American history. Despite operating an extensive organized crime ring, she remains widely revered as a folk hero, as evidenced by the enormous mainstream popularity of her books. Barrows herself says that she is nothing but proud of her career in the prostitution industry. She said, "I was in the make-people-happy business, you know? You have no idea how grateful these men were that I had the kind of business they could call up and get a nice, well-educated, lovely, pretty girl to come over and spend time with them in a way that made them feel safe. They were thrilled. I can't tell you how many times they would call and say, 'I can't imagine ever doing business with anyone else ever. You guys are great.' … And that was a really good feeling. I don't get that from what I do now. I get other things from what I do, but that was very special."

Barrows married a attorney and television producer Darnay Hoffman in 1994. The couple never had children, and later divorced. Hoffman died on May 2, 2011, from a self-inflicted stab wound; his death was ruled a suicide.