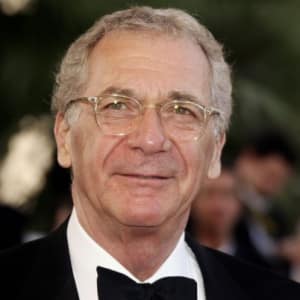 Sydney Pollack is an Oscar-winning film director, producer and actor. His director credits include Tootsie and Three Days of the Condor.

Sydney Pollack was born on July 1, 1934, in Lafayette, Indiana. He studied acting under Sanford Meisner and landed several television roles before switching his focus to directing. His best known films include: They Shoot Horses, Don't They?, Tootsie and Out of Africa (for which he won his first Academy Award). Pollack directed seven movies starring Robert Redford including Three Days of the Condor (1975). Pollack died in 2008.

Director, producer and actor Sydney Irwin Pollack was born July 1, 1934, in Lafayette, Indiana, to a family of first-generation Americans descended from Russian Jews. His father was a pharmacist and his mother was a pianist and singer.

The family later moved with his family about 90 miles north to South Bend. His parents divorced while he was growing up, and his mother, who "had emotional problems and became an alcoholic," died when Pollack was 16.

Although his father envisioned him becoming a dentist, Pollack developed an interest in theater and performed plays at South Bend Central High School. He left home after graduating from high school and moved to New York to study acting at the Neighborhood Playhouse under the tutelage of Sanford Meisner.

As Meisner's assistant, Pollack developed his own skills as an acting teacher and landed a few stage television roles. He also spent two years in the U.S. Army.

He met his wife, actress Claire Griswold, when he was teaching and she was studying at the Neighborhood Playhouse. They were married in 1958 and had three children, Rebecca, Rachel and Steven. Steven, 37. died in a plane crash in 1993.

Pollack moved his family to California in the early '60s. He worked both sides of the camera, landing acting roles on episodic television shows such as Alfred Hitchock Presents and The Twilight Zone. He also made his directorial debut for a 1961 episode of the western Shotgun Slade. Pollack later won an Emmy for best director for the The Game, part of Bob Hope Chrysler Theater.

In 1965, Pollack directed his first of 20 Slender Thread, starring Sidney Poitier and Anne Bancroft. Four years later, he was nominated for an Academy Award for best director for They Shoot Horses, Don't They?, a drama about Depression-era marathon dancers starring Jane Fonda.

Pollack's biggest hit was the 1982 comedy Tootsie. He produced, directed and acted in the film with Dustin Hoffman, who played a male actor who finds success by posing as a woman. Pollack was nominated for two Oscars as director and producer of the film.

Pollack won his first Oscar three years later for producing and directing Robert Redford and Meryl Streep in Out of Africa, an epic romance about a Danish coffee plantation owner who falls in love with an adventurer in Kenya during the early part of the 20th century.

In all, Pollack directed seven movies with Robert Redford, beginning with This Property Is Condemned with Natalie Wood in 1966. The Pollack-Redford collaboration also produced Jeremiah Johnson (1972), The Way We Were (1973) with Barbra Streisand, Three Days of the Condor (1975) with Faye Dunaway, The Electric Horseman (1979) with Fonda and Havana.

Pollack died of cancer on May 26, 2008 at his home in the Pacific Palisades district of Los Angeles.