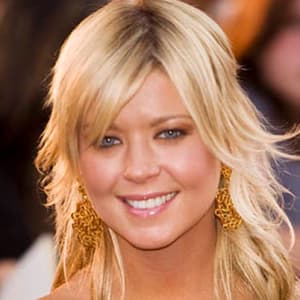 American film and television actress Tara Reid has appeared in such hit movies as The Big Lebowski and American Pie.

Actress Tara Reid was born in Wyckoff, New Jersey, in 1975. After getting her start as a young girl in commercials, Reid moved into television, landing small roles on programs such as Saved by the Bell: The New Class and Days of Our Lives. Her work there propelled her onto the big screen, where she had memorable roles in The Big Lebowski (1998), as well as American Pie (1999) and its sequels.

The daughter of a pair of educators, Tara Donna Reid was born November 8, 1975, in Wyckoff, New Jersey. One of four children, Reid began acting at a young age after catching the attention of a casting agent.

Over the next few years, Reid had spots in numerous television commercials, including high-profile campaigns for McDonalds and Jell-O. Later, she attended the Professional Children’s School in New York City, where her classmates included Sarah Michelle Gellar, Macaulay Culkin and Ben Taylor.

Her first big break came in 1982, when the 6-year-old Reid landed a regular gig on the CBS daytime game show Child’s Play.

Following her graduation from Barnstable Academy, an alternative high school, Reid moved to Los Angeles to pursue acting full-time. She quickly found work in small roles on programs such as Saved by the Bell: The New Class and the daytime soap opera Days of Our Lives.

But it was her role as the sexy Bunny in the Ethan and Joel Coen–directed hit The Big Lebowski (1998), starring Jeff Bridges, which significantly raised Reid’s profile. From there, the actress worked in several somewhat forgettable films, including Urban Legend (1998), Around the Fire (1998) and Cruel Intentions (1999).

Her biggest role to date came in 1999 with the popular comedy American Pie, a coming-of-age flick that surprised critics with its tremendous success at the box office.

Lured by the success of the film, Reid and the rest of the cast quickly came together for a sequel, American Pie 2 (2001). Around the making of that film, Reid also had roles in several other projects, including Dr T. and the Women (2000), Josie and the Pussycats (2001) and My Boss’s Daughter (2003).

None of the films was a huge success, a trend that, outside the American Pie franchise, has dogged Reid throughout much of her film career. Her more recent movies, such Incubus (2006) and Kill the Irishman (2011), have failed to resonate at the box office.

In 2011, Reid returned to the small screen to appear on the UK reality-TV program Celebrity Big Brother. But a lack of support from the show’s audience soon led Reid to become the third celebrity to be evicted from the house.

Not long after the success of the first American Pie film, or perhaps because the press started paying closer attention to the actress’s personal life, Reid's celebrity was tethered to her reputation as a party girl.

For her part, Reid didn’t exactly shy away from the attention, telling Rolling Stone: "When I go out to drink, I really drink. I black out sometimes. I don't even know how I manage my life when I black out, but I still function and just keep going."

Her defining moment from this period came when she briefly became engaged to MTV personality Carson Daly and then broke it off. In the years since, Reid’s romantic life has continued to be fodder for the press.

In 2010 she again got engaged, this time to Internet entrepreneur Michael Axtmann. But just months after the announcement, the couple canceled their wedding plans.

That next year she embarked on a confusing romance in which she claimed she’d married Bulgarian financier Zack Kehayov in the Greek isles, only to quickly recant the claim and say they’d never legalized the union in the United States.

In 2006, Reid made headlines when she revealed how liposuction surgery had made her stomach uneven. A later surgery corrected the situation, and in 2010 a leaner and fit-looking Reid posed nude for Playboy.