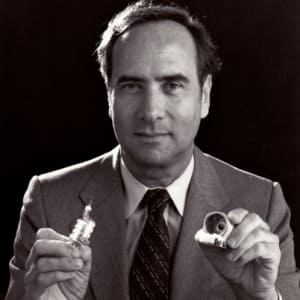 Theodore H. Maiman was a physicist, company leader, consultant and author who created the first working laser in 1960.

Born on July 11, 1927, in Los Angeles, California, Theodore H. Maiman studied at Stanford before working at Hughes Research Laboratories. There he further developed a device known as a maser to create the world’s first laser, utilizing an artificially constructed ruby. He later established his own laser research and manufacturing company. He died on May 5, 2007, in Vancouver, British Columbia.