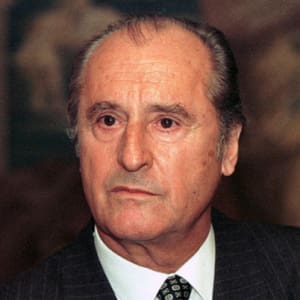 Thomas Klestil was an Austrian statesman and the 10th president of Austria.

Thomas Klestil was born on November 4, 1932, in Vienna, Austria. Educated at Vienna University, he entered the Austrian Foreign Service, serving in Paris, Washington and Los Angeles. Klestil acted as secretary to the Austrian chancellor, later serving as the country's permanent representative to the United Nations and ambassador to the United States. He held the post of foreign secretary before becoming the 10th president of Austria, serving from 1992 to 2004. Klestil died in Vienna, Austria, on July 6, 2004, three days before he was scheduled to leave office.