Tilda Swinton is an Oscar-winning British actress known for her arthouse film roles and for acclaimed performances in more mainstream pictures like Michael Clayton.

Tilda Swinton was born on November 5, 1960, in London, England. A childhood classmate and friend to Lady Diana, she graduated from Cambridge University in 1983. After performing with the Royal Shakespeare Company, Swinton made her film debut in Derek Jarman's Caravaggio. She later earned an Academy Award (best supporting actress) for her role in Michael Clayton. Swinton has two children (twins) with Scottish playwright John Byrne.

Film actress Tilda Swinton was born Katherine Matilda Swinton on November 5, 1960, in London, England. The daughter of a major general in the Scots Guard, Swinton attended the exclusive West Heath Girls School in Kent, England, where she was classmate and friend to Lady Diana Spencer, better known as Princess Diana. In 1983, she graduated from Cambridge University with a degree in Social and Political Science, but her interest was in acting.

Swinton began her career in theater, performing with the Royal Shakespeare Company in London and transitioning to less mainstream productions before finding her way to film. Her big screen debut arrived in Derek Jarman's Caravaggio in 1986. She completed two more films for Jarman, 1988's The Last of England and 1990's The Garden, before garnering international recognition for her portrayal of Queen Isabella in Edward II (1991).

Swinton continued to pursue avante garde films throughout her career to great acclaim, including 1992's Orlando, 1996's Female Perversions, 2001's The Deep End and 2004's Thumbsucker. Despite her draw to independent art house films, Swinton has worked on several commercial projects, including The Chronicles of Narnia: The Lion the Witch and the Wardrobe (2005) and 2007's much-lauded thriller Michael Clayton. Swinton earned an Academy Award for Best Supporting Actress for her turn as a CEO in the midst of a moral breakdown in the latter.

Tilda Swinton lives with her partner Sandro Kupp in Nairn, Scotland. John Byrne, whom she's been associated with since the 1980s, is the father of her twins, Honor and Xavier. 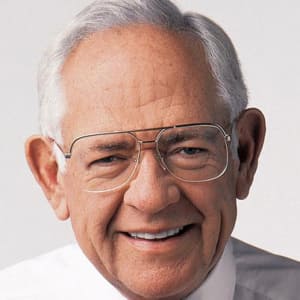