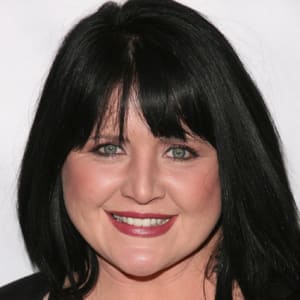 Tina Yothers is an American actress and singer best known for her role as Jennifer Keaton on the hit television series Family Ties.

Born on May 5, 1973, in Whittier, California, actress/singer Tina Yothers began appearing in commercials at age 3, going on to appear in spots for Doritos and McDonald's, among others. After appearing in the 1982 film Shoot The Moon, Yothers was cast as the character Jennifer Keaton on the NBC series Family Ties, which went on to become a big hit for the network.

Born in Whittier, California, on May 5, 1973, Kristina Louise Yothers later performed under the name Tina Yothers. Like her brothers, Jeff, Randy and Cory, Tina began acting in commercials at an early age (3), appearing in spots for McDonald's, Doritos and Bell Telephone, among others. Her father, Robert Yothers, was a television producer.

After her early commercial work, Yothers began to audition for films. Her first role was in the 1981 television movie The Cherokee Trail, which was followed by a part in the 1982 feature film Shoot the Moon, in which she co-starred with Albert Finney and Diane Keaton.

Nineteen eighty-two also brought a career-defining opportunity for Yothers, who was cast as the character Jennifer Keaton in a new NBC situation comedy called Family Ties. The show explored the generational differences between liberal, former-hippie parents (played by Michael Gross and Meredith Baxter) and their children, Jennifer (played by Yothers) and the staunchly conservative Alex (played by Michael J. Fox). Family Ties became a big hit for the network, running for eight seasons and providing Yothers with her widest exposure as an actress.

After Family Ties ended, Yothers took a nine-year sabbatical from acting. During this time, her interest in music led her to form the band Jaded with her brother Cory. With Tina on lead vocals and Cory on keyboard, the five-member group released a self-titled CD in 1998. Tina also dabbled in writing, publishing the book Being Your Best: Tina Yothers' Guide for Girls, in which she shared her career experiences and tips for success for girls of all ages.

In 2004, Yothers returned to acting with a stage role portraying pornographic movie star Linda Lovelace in the production of Lovelace the Musical. She has since appeared in several reality-TV shows, including Celebrity Fit Club, Celebrity Wife Swap, What Not to Wear and Reno 911!.

Yothers married electrician Robert Kaiser in August 2002. They have two children together, a daughter, Lillian Grace (born in 2005), and a son, Robert Jake (born in 2007). Her hobbies include swimming and playing hockey.