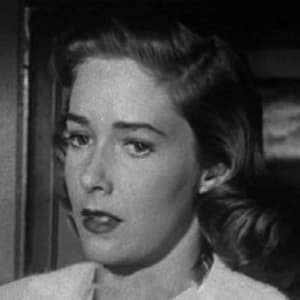 Vera Miles is a prolific American film and TV actress. She’s best known for her role as Lila Crane in Alfred Hitchcock’s Psycho.

Born on August 23, 1929 in Boise City, Oklahoma, Vera Miles was a beauty queen who moved to Hollywood to pursue acting. She starred in the John Wayne western The Searchers before working with director Alfred Hitchcock in 1957's The Wrong Man and in the famed 1960 thriller Psycho. Miles worked in film and TV for decades afterwards.

From Beauty Queen to Actress

Vera Miles was born Vera June Ralston on August 23, 1929 in Boise City, Oklahoma, and grew up in Kansas. She became a beauty queen when she was crowned Miss Kansas, subsequently taking third place in the Miss America Pageant in 1948. She and her husband Bob Miles then moved to Hollywood, and by the early ‘50s Vera was working in film. She decided to use Miles as her professional surname as there was already another actress named Vera Ralston.

Some of Miles's early films include The Rose Bowl Story (1952), The Charge at Feather River (1953) and Tarzan’s Hidden Jungle (1954), in which she met her second husband, Gordon Scott. Miles began to do television spots as well. She worked with director John Ford on an episode of the anthology series Screen Directors Playhouse; he later cast her in the 1956 John Wayne western, The Searchers.

Another famous movie director took special notice of Miles after she appeared in a 1955 episode of his TV series, Alfred Hitchcock Presents.

Miles was awarded a contract deal with Hitchcock and she starred in his 1957 film The Wrong Man, based on a true story. Opposite Henry Fonda, she played the emotionally devastated wife of a man unjustly charged with robbery. Miles was then originally slated to appear in Hitchcock’s 1958 movie Vertigo, but due to pregnancy and production delays, she was replaced by Kim Novak.

But a major role was in the making. In Psycho (1960), Miles stars as Lila Crane, a woman in search of her missing sister Marion (played by Janet Leigh) who has a horrifying encounter with Norman Bates (played by Anthony Perkins). The black and white film, with its famous noir motifs and scenes of terror, is regarded as a cinematic classic.

Other notable roles for Miles followed, including a turn as an alcoholic in Back Street (1961) and as a politician’s wife in another John Wayne movie, The Man Who Shot Liberty Valance (1962). Miles was later featured in a string of Disney films from the mid-1960s to the '70s, and guest-starred on many successful TV pilots, including I Spy and Owen Marshall. She continued to do both film and TV work throughout the '80s, including a return to her Lila Crane role in the well-received Psycho II (1983).

Miles retired from acting after the 1995 film Separate Lives. Her work on the original Psycho has been brought to life once again in the 2012 film Hitchcock, which focuses on the making of the famed thriller and features actress Jessica Biel as Miles.

Miles has been married several times and has four children.