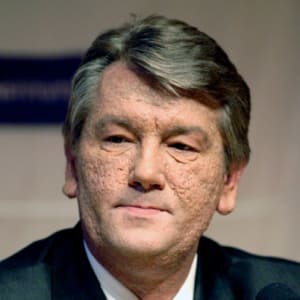 Viktor Yushchenko is a Ukrainian politician who served as his country’s president from 2005 till 2010.

As prime minister, Viktor Yushchenko is credited by many with helping Ukraine emerge from a protracted financial and economic crisis at the turn of the century. After two presidential runoffs, he was named president of Ukraine in 2005. His term was marked by continuing political strife, and by the time of the next presidential election, Yushchenko's popularity had plummeted, and he lost soundly.