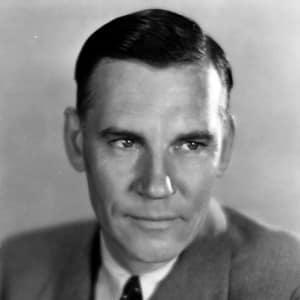 Walter Huston was a prolific Oscar-winning actor of stage and screen known for films like ‘Dodsworth,’ ‘The Maltese Falcon’ and ‘The Treasure of the Sierra Madre.’

Born in Toronto, Canada, on April 6, 1884, Walter Huston established a highly successful career as an actor in theater and big-screen projects. He received Oscar nominations for his roles in Dodsworth, All That Money Can Buy and Yankee Doodle Dandy, eventually winning for his work in The Treasure of the Sierra Madre. Huston died on April 7, 1950, having helped establish a familial showbiz legacy.

Walter Huston (originally Houghston) was born in Toronto, Canada, on April 6, 1884. He developed an early love for vaudeville and theater, though the lack of a steady paycheck prompted an attempt at a career in engineering. Huston ultimately decided to pursue his artistic passions, finding success on Broadway in the mid-1920s with the productions Mr. Pitt and Desire Under the Elms. He then made his movie debut at the end of the decade with Gentlemen of the Press (1929).

Huston established a prolific career that lasted for more than two decades with dozens of movies. His screen projects included The Prizefighter and the Lady (1933), Of Human Hearts (1938), The Maltese Falcon (1941), Dragonwyck (1946) and Summer Holiday (1948), among many others.

Huston returned to the theater with his lead role in the 1938 musical Knickerbocker Holiday. His rendition of the production’s “September Song” became well known.

Huston was nominated for four Academy Awards over the course of his career, drawing recognition for his roles in the films Dodsworth (1936), All That Money Can Buy (1941) and Yankee Doodle Dandy (1942). He won his lone Oscar for his portrayal of wizened gold prospector Howard in 1948’s The Treasure of the Sierra Madre. The project was directed and written by son John Huston, who won Oscars for the film as well.

Walter Huston’s final film was The Furies, released in 1950. He died on April 7 of that year in Beverly Hills, California, from an aortic aneurysm.

Huston’s family has been held in high regard for their continuing contributions to entertainment and art. As noted, son John became an award-winning director known for films like The African Queen (1951) and Moulin Rouge (1952). Granddaughter Anjelica Huston became a model and film/TV actress, winning an Oscar for Prizzi’s Honor (1985). And great-grandson Jack Huston has earned his thespian stripes with appearances in the series Boardwalk Empire and films like American Hustle (2013) and The Longest Ride (2015).