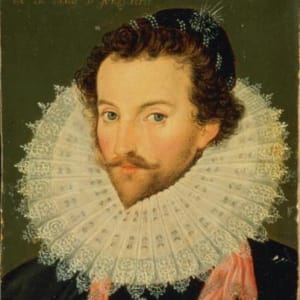 Sir Walter Raleigh was an English adventurer and writer who established a colony near Roanoke Island, in present-day North Carolina. He was imprisoned in the Tower of London and eventually put to death for treason.

Who Was Sir Walter Raleigh?

Sir Walter Raleigh was an English explorer, soldier and writer. At age 17, he fought with the French Huguenots and later studied at Oxford. He became a favorite of Queen Elizabeth after serving in her army in Ireland. He was knighted in 1585, and within two years became Captain of the Queen's Guard. Between 1584 and 1589, he helped establish a colony near Roanoke Island (present-day North Carolina), which he named Virginia. Accused of treason by King James I, Sir Walter Raleigh was imprisoned and eventually put to death.

When Was Sir Walter Raleigh Born?

Historians believe Walter Raleigh was born in 1552, or possibly 1554, and grew up in a farmhouse near the village of East Budleigh in Devon.

The youngest of five sons born to Catherine Champermowne in two successive marriages, his father, Walter Raleigh, was his mother’s second husband. Like young Walter, his relatives, Sir Richard Grenville and Sir Humphry Gilbert were prominent during the reigns of Elizabeth I and James I. Raised as a devout Protestant, Raleigh’s family faced persecution under Queen Mary I, a Catholic, and as a result, young Walter developed a life-long hatred for Roman Catholicism.

At the age of 17, Walter Raleigh left England for France to fight with the Huguenots (French Protestants) in the Wars of Religion. In 1572, he attended Oriel College, Oxford, and studied law at the Middle Temple law college. During this time, he began his life-long interest in writing poetry. In 1578, Raleigh set out with his half-brother, Sir Humphrey Gilbert on a voyage to North America to find the Northwest Passage. Never reaching its destination, the mission degenerated into a privateering foray against Spanish shipping. His brash actions were not well received by the Privy Council, the monarch’s advisors, and he was briefly imprisoned.

Between 1579 and 1583, Raleigh fought in the service of Queen Elizabeth I in Ireland, distinguishing himself with his ruthlessness at the siege of Smerwick and establishing English and Scottish Protestants in Munster. Tall, handsome, and superbly self-confident, Raleigh rose rapidly at Elizabeth I’s court, upon his return, and quickly became a favorite. She rewarded him with a large estate in Ireland, monopolies, trade privileges, knighthood, and the right to colonize North America. In 1586, he was appointed captain of the Queen’s Guard, his highest office at court. Extravagant in his dress and conduct, the legend that he spread his expensive cloak over a puddle for the Queen has never been documented, but many historians believe him capable of such a gesture.

What Did Sir Walter Raleigh Discover?

An early supporter of colonizing North America, Sir Walter Raleigh sought to establish a colony, but the queen forbid him to leave her service. Between 1585 and 1588, he invested in a number of expeditions across the Atlantic, attempting to establish a colony near Roanoke, on the coast of what is now North Carolina, and name it “Virginia” in honor of the virgin queen, Elizabeth.

Delays, quarrels, disorganization, and hostile Indians forced some of the colonists to eventually return to England. However, they brought with them potatoes and tobacco, two things unknown in Europe at the time. A second voyage was sent in 1590, only to find no trace of the colony. The settlement is now remembered as the "Lost Colony of Roanoke Island."

Sir Walter Raleigh forfeited Elizabeth's favor with his courtship of and subsequent marriage to one of her maids-of-honor, Bessy Throckmorton, in 1592. The discovery threw the queen into a jealous rage and the couple were briefly imprisoned in the Tower of London. Upon his release, Raleigh hoped to recover his position with the queen and in 1594, led an unsuccessful expedition to Guiana (now Venezuela) to search for “El Dorado,” the legendary land of gold. The expedition produced a little gold, but subsequent forays to Cadiz and the Azores reinstated him with the queen.

Sir Walter Raleigh’s aggressive actions toward the Spanish did not sit well with the pacifist King James I, Elizabeth's successor. Raleigh’s enemies worked to taint his reputation with the new king and he was soon charged with treason and condemned to death. However, the sentence was commuted to imprisonment in the Tower in 1603. There Raleigh lived with his wife and servants and wrote his History of the World in 1614. He was released in 1616 to search for gold in South America. Against the king's approval, he invaded and pillaged Spanish territory, was forced to return to England without booty, and was arrested on the orders of the king. His original death sentence for treason was invoked, and he was executed at Westminster.