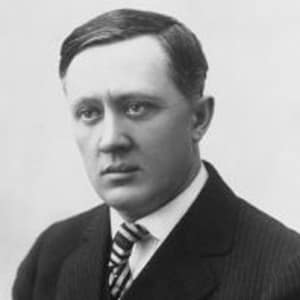 William S. Harley was an American entrepreneur and one of the founders of the Harley-Davidson Motor Company.

Born in 1880, William S. Harley took an interest in the early development of the bicycle, which fueled his fascination with mechanics and engineering. With his friend Arthur Davidson, he began outfitting bicycles with a motorized engine. In 1903 Harley, Davidson, and Davidson's two brothers formed the Harley-Davidson Motor Company, soon the world's preeminent motorcycle manufacturer.

One of the original founders of the Harley-Davidson Motor Company, William Sylvester Harley,  was born December 29, 1880, in Milwaukee, Wisconsin. Ambitious, with a good eye for business, Harley started his career at the age of 15 when he took a job at a bicycle factory.

Working with him was a childhood friend of his, Arthur Davidson, who, like Harley, had a mind for mechanics. The two also shared a deep interest in bicycles and were convinced they could create a new kind of mechanized bike that would be easier to ride. Soon, the two friends began experimenting with gasoline engines and trying them out on their own bikes.

Determined to make a better life for himself, Harley set off for college, the first in his family to do so, and eventually earned a degree in mechanical engineering from the University of Wisconsin-Madison in 1907.

A trained draftsman, Harley returned to Milwaukee after college and began working again with Davidson to fulfill their dream of building a motorized bicycle. They soon enlisted the help of Davidson's two older brothers, Walter, a railroad machinist who gave the young company a skilled mechanic, and William, a tool-room foreman.

In 1903 the four men formed the Harley-Davidson Motor Company, which they operated out of a small shed in the Davidson family's backyard. Harley's name was given top billing because he was credited with coming up with the original idea for a motorcycle.

That first year, the company produced three bikes, which included a bike crank and pedals as well as a single-cylinder motor.

Over the next few years, the company refined the motorcycle idea and attracted new business. By 1909, the company had its own factory, employed 35 workers and produced more than a thousand bikes per year.

Behind much of the company's development was Harley, a perfectionist who poured hours into creating the world's first two-cylinder motorcycle engine. He did so in 1907, and within just a few years, his patented V-Twin engine had rocketed the company's growth to an astounding 3,200 bikes a year.

Over the next several decades Harley-Davidson continued to see a major boost in sales and popularity. They also were in-demand from the U.S. military, first ordered during a 1916 skirmish at the Mexican-U.S. border and later in the global conflicts that followed. With the onset of World War I, one third to a half of the company's production were sent to the war effort. During WWII, the American military ordered more than 60,000 Harley-Davidson bikes for the Allies' use overseas. Harley oversaw the deals between the company and the War Department. Post-war and into the 1950s, their motorcycles were the only American brand on the global market.

Up until his death, Harley served as the company's chief engineer and treasurer. He had proved instrumental in the company's success and introduction of new bikes. He was also an avid racer, and had a passion for testing out his new bikes.

Harley died of heart failure on September 18, 1943 at the age of 62. He is buried at the Holy Cross Cemetery and Mausoleum in Milwaukee. In 1998, he was inducted into the Motorcycle Hall of Fame in Columbus, Ohio.