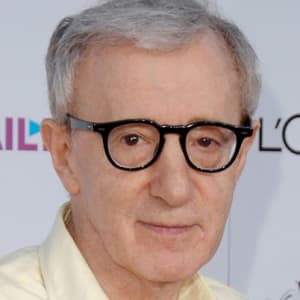 Woody Allen is an American comedian, filmmaker and writer who directed and starred in two of his most famous films, ‘Annie Hall’ and ‘Manhattan.’

Who Is Woody Allen?

Born in Brooklyn, New York, on December 1, 1935, Woody Allen is an American film director, screenwriter, actor and author who is best known for his romantic comedy films containing elements of parody and slapstick. He is also known for writing strong and well-defined characters for his female stars. Allen directed and starred in two of his most famous films, Annie Hall and Manhattan. Among his featured performers were Diane Keaton and Mia Farrow, both of whom he was romantically involved with. Allen later came under fire for his relationship with Farrow's adopted daughter Soon-Yi Previn and the alleged sexual assault of another adopted daughter, Dylan Farrow, though his career continued to flourish.

Allen made tabloid headlines in 1992 by dating and eventually marrying then-girlfriend Mia Farrow's adopted daughter, Soon-Yi Previn — marking the start of a contentious two-year custody battle. Farrow eventually won sole custody of their children, and Allen was ordered to pay $3 million to Farrow. "What was the scandal?" Allen told Reuters in an interview. "I fell in love with this girl, married her … but people refer to it all the time as a scandal, and I kind of like that in a way because when I go I would like to say I had one real juicy scandal in my life."

Allen and Soon-Yi, who married in 1997, adopted two daughters: Bechet and Manzie Tio. In a 2015 interview with NPR, Allen said of his relationship with Soon-Yi, "I've been married now for 20 years, and it's been good." In reference to the age difference between he and his wife, he said it "worked in [their] favor, in part because she "responded to someone paternal."

Allen's career breakthrough came in 1977 with Annie Hall, starring Diane Keaton, with whom Allen became romantically involved. He starred, directed and co-wrote the movie (with Marshall Brickman), and it went on to win four Academy Awards, including for Best Picture, Best Director and Best Screenplay. Manhattan, released in 1979, was his homage to his beloved New York City, a setting for many of his future films.

Over the next two decades, Allen produced mostly hits and some misses, and a combination of comedies and drama, including 1982's A Midsummer Night's Sex Comedy — the first of Allen's films to star his new love, Mia Farrow. In 1986, Hannah and Her Sisters earned Allen his second Oscar (Best Original Screenplay) and broke box-office records, taking in $18 million. He and Farrow maintained a relationship during this period, but never married. They did have one biological child together, a son named Satchel (now Ronan) in 1987, and adopted two other children, a daughter named Dylan and a son named Moses.

Allen began the new millennium with a string of comedies and mixed reviews, including Match Point in 2005, Vicky Cristina Barcelona in 2008 and the romantic comedy Midnight in Paris in 2011, for which he won the 2012 Oscar for best original screenplay. To Rome with Love, a 2012 episodic comedy that featured an international cast, marked his first on-screen role in six years. Two years later, Allen was nominated for an Academy Award in the category of Best Original Screenplay for the film Blue Jasmine (2013).

In 2014, Allen released the romantic comedy Magic in the Moonlight, which starred Colin Firth. In 2015, he turned back to drama with the release of his film Irrational Man, which brought together Joaquin Phoenix and Emma Stone in the starring roles. Allen followed with two period pieces: Café Society, about 1930s Hollywood, and Wonder Wheel, set in 1950s Coney Island.

Allen became the subject of another scandal regarding Dylan Farrow, his and Farrow's adopted daughter. Allen was charged with molesting Dylan when she was seven years old. The sexual assault allegedly happened during the custody suit between Allen and Mia after his affair with Previn, though charges were dropped after an investigation gave inconclusive results. In early 2014, nearly 20 years after the alleged assault, Dylan Farrow wrote on Nicholas Kristof's blog, detailing the assault and bringing it back to the media's attention. Allen has since vehemently denied the charges.

Around this time, Allen's ex, Mia Farrow, made headlines after stating in an interview with Vanity Fair that Sinatra could be the father of her 25-year-old son, Ronan, who is Farrow's only official biological child with Allen. During the interview, she called Sinatra the love of her life, saying, "We never really split up." In response to the buzz surrounding his mother's comments, Ronan jokingly tweeted: "Listen, we're all *possibly* Frank Sinatra's son."

In 2017, with the sexual misdeeds of Harvey Weinstein and other powerful men no longer shrouded in secrecy, Dylan Farrow revisited the topic of her father's alleged assault. In an op-ed piece for the Los Angeles Times titled "Why has the #MeToo revolution spared Woody Allen?" she wrote about how Allen's cover-up methods were similar to those employed by Weinstein, and noted the double standard from actors who excoriated the studio boss but attempted to defend her father.

Farrow's first televised interview to discuss her claims aired on CBS This Morning on January 18, 2018. Meanwhile, several actors who had appeared in Allen's films over the years expressed their regret at doing so. Golden Globe winner Greta Gerwig said she would never collaborate with Allen again, while Timothée Chalamet and Rebecca Hall, both of whom enjoyed featured roles in Allen's yet-to-be released A Rainy Day in New York, announced they were donating their film salaries to charity.

On the other hand, veteran actor Alec Baldwin came forward in defense of the embattled director. "Woody Allen was investigated forensically by two states (NY and CT) and no charges were filed. The renunciation of him and his work, no doubt, has some purpose," he tweeted. "But it’s unfair and sad to me. I worked w WA 3 times and it was one of the privileges of my career."

During an interview with an Argentinian news program a few months later, Allen expressed dismay at being linked to accused predators like Weinstein and suggested he should be the poster boy for the #MeToo movement because of his support of women. "I've worked with hundreds of actresses and not a single one—big ones, famous ones, ones starting out—have ever, ever suggested any kind of impropriety at all," he said. "I've always had a wonderful record with them."

Born Allen Stewart Konigsberg on December 1, 1935, in Brooklyn, New York, actor, director and screenwriter Woody Allen legally changed his name to Heywood Allen when he was 17 years old. Coming from an often volatile and loud Jewish middle-class family in the Midwood section of Brooklyn gave Allen all the material he needed to start writing monologues and performing stand-up comedy while still in high school. His early life of turmoil in an overcrowded apartment would ultimately give him years of fodder for what would become a prolific and award-winning career in motion pictures and screenwriting. It would also give him an intense need for solitude later in life.

Allen's parents were second-generation Jewish immigrants. His father, Martin, worked as a salesman, jewelry engraver, taxi driver and bartender, and even found work as a pool hustler and bookmaker. Martin's need to bounce from one job to another was to some degree passed down to his son, who, though making a much better living than his father, would inherit the same wanderlust by jumping from one project to the next when he got bored. His mother, Nettie, had little patience with her red-headed son and, thusly, would frequently shout at and spank him. His sister, Letty, was born in 1943.

Allen attended New York University in 1953, promptly failing a course in motion picture production. Discouraged, he dropped out of school and soon began writing for television, including Sid Caesar's popular Your Show of Shows. His work won him an Emmy Award nomination, but Allen grew bored and soon tried his hand at stand-up comedy, becoming popular on the New York City comedy club circuit. His comic persona was that of a long-suffering "nebbish" (a person who is pitifully timid) — a personality he held onto throughout the years.

A prolific writer and director, Allen often appeared in his own plays and films, including What's New, Pussycat? in 1965 and his first play, Don't Drink the Water, on Broadway the following year. He made his directorial debut in 1966 with What's Up, Tiger Lily?, his career really beginning to soar by 1969 with Take the Money and Run.Allen followed with Bananas (1971), Everything You Always Wanted to Know About Sex (But Were Afraid to Ask) (1972), Play It Again, Sam (1972) and Sleeper (1973). The filmmaker also wrote humorous short prose pieces throughout his career, many of which were originally published in The New Yorker magazine.