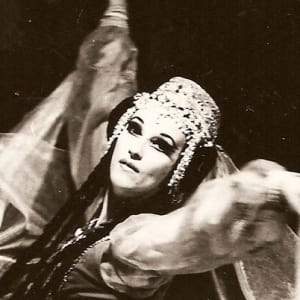 Alicia Alonso is a Cuban ballerina and choreographer who danced with George Balanchine’s Ballet Caravan and the American Ballet Theatre.

Alicia Alonso was born on December 21, 1921 in Havana, Cuba. She attended the School of American Ballet in New York City and later danced with George Balanchine's company and the American Ballet Theatre. She founded the Alicia Alonso Ballet Company in Cuba in 1948, and became known as a choreographer. Alonso was the first Western dancer invited to perform in the Soviet Union.