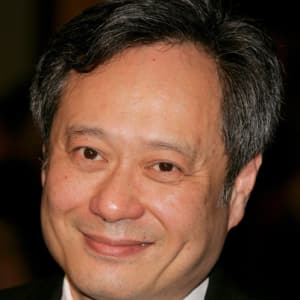 Ang Lee is an Academy Award-winning director, producer and screenwriter whose films include Crouching Tiger, Hidden Dragon and Brokeback Mountain.

Ang Lee was born on October 23, 1954, in Taipei, Taiwan. He attended the National Taiwan College of Arts and then traveled to the United States, where he studied at the University of Illinois and NYU. Lee's directorial debut was Pushing Hands in 1992. Later films include Sense and Sensibility and Crouching Tiger, Hidden Dragon. In 2006, Lee became the first Asian to win an Academy Award for best director, for the film Brokeback Mountain. Lee married Jane Lin in 1982 and they have two children.

Ang Lee is a film director, producer and screenwriter who was born on October 23, 1954, in Taipei, Taiwan. Lee attended the National Taiwan College of Arts, where he graduated in 1975. He then relocated to the United States, where he studied at the University of Illinois at Urbana-Champaign and New York University.

Ang Lee made his directorial debut in 1992 with Pushing Hands and earned Academy Award nominations for his next two films, The Wedding Banquet (1993) and Eat Drink Man Woman (1994). Later films include Sense and Sensibility (1995), starring Emma Thompson, Kate Winslet and Hugh Grant, and for which Lee earned an Academy Award nomination for best picture; The Ice Storm (1997); Crouching Tiger, Hidden Dragon (2000), for which he received four Oscars, four BAFTA Awards, a Golden Globe Award for best director; and Hulk (2003).

Lee went on to direct Se, jie (2007) and Taking Woodstock (2009). In 2006, he became the first Asian to win an Academy Award for best director, for his film Brokeback Mountain, a small-budget, low-profile independent film based on Annie Proulx's short story about gay ranch hands, starring Heath Ledger and Jake Gyllenhaal.

Seven years later, in 2013, Lee picked up his second Academy Award for directing Life of Pi, based on the acclaimed best-selling novel by Yann Martel. The honor marked the first time a director won the Best Director Oscar for helming a 3-D movie. Life of Pi also garnered awards for cinematography, score and visual effects.