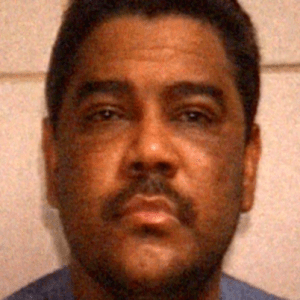 Infamous gangster Bartolome Moya and his chief enforcer, Andre Paige, led a deadly narcotics and extortion racket in New York City until the law caught up with them, but later disappeared without a trace, spurring an international manhunt.

Bartolome Moya, also known as the "Shadow Kingpin," and his chief enforcer, Andre Paige, led a deadly narcotics and extortion racket in New York City until the law caught up with them. With a failing heart, Moya escaped conviction and was sent home to die. Authorities would soon discover that he had received a new heart on the taxpayer's dime. With a new lease on life, Moya would disappear without a trace and stir up a manhunt beyond the jurisdiction of the United States.

In the early 1990s, the South Bronx was known as one of the busiest heroin markets in the United States. Bartolome Moya—a native of Santo Domingo, in the Dominican Republic—took advantage of the market, creating a new business model based on drug-trafficking and violence. With his chief enforcer, Andre Paige, Moya led a deadly narcotics and extortion racket in New York City for several years.

The law eventually caught up with Moya and Paige in the summer of 1993. Moya was arrested and charged with murders, kidnappings and other racketeering crimes. Three of Moya's co-defendants were sentenced to life in prison without parole. A federal judge, however, dropped the charges against Moya after learning that the criminal was suffering from a terminal heart disease; with a failing heart, Moya escaped conviction and was sent home to die.

In February 1994, Moya received a $400,000 heart transplant—on the taxpayer's dime—at Philadelphia's Temple University. When prosecutors learned about the operation, Moya was indicted and jailed once again. Informed that Moya needed daily drugs in order to prevent his new heart from failing, a judge granted Moya house arrest, including an order to wear an ankle bracelet, in Philadelphia.

In July of that same year, however, a 37-year-old Moya, with a new lease on life, jumped a $250,000 bail and disappeared without a trace, stirring up a manhunt beyond the jurisdiction of the United States.

In October 1994, federal marshals reported that Moya had been arrested in his native Santo Domingo, by Dominican officials, with the help of U.S. law enforcement. The notorious criminal, who appeared to be in good health at the time of his capture, had reportedly been hiding with relatives there for three months.

Moya pleaded guilty to his involvement in drug-trafficking and related murders, among other charges. In 1996, he was sentenced to 25 years in prison. Moya's case is best remembered today for raising controversial, ethical questions about whether criminals facing life imprisonment should receive hard-to-obtain organs, as well as whether taxpayer dollars should to be used to finance such expensive transplants.