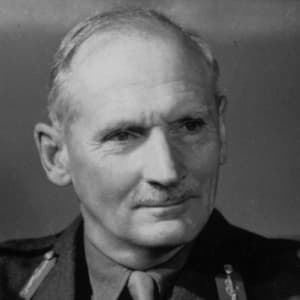 Bernard Law Montgomery was born on November 17, 1887 in London, England. In August of 1942, Winston Churchill appointed him commander of the British Eighth Army in North Africa where Monty forced Erwin Rommel to retreat after the Battle of El-Alamein. He also reviewed the plan for the Normandy Invasion and commanded all ground forces in the initial stages of the invasion. Monty died in 1976.