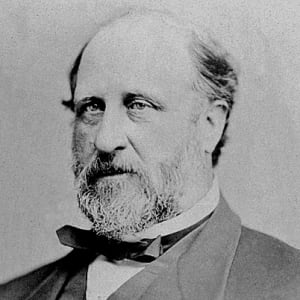 Boss Tweed is chiefly remembered for the cronyism of his Tammany Hall political machine, through which he bilked the city of New York of massive sums of money.

Born in New York City in 1823, Boss Tweed was a city alderman by the time he was 28 years old. Elected to other offices, he cemented his position of power in the city’s Democratic Party and thereafter filled important positions with people friendly to his concerns. Once he and his cronies had control of the city government, corruption became shockingly widespread until his eventual arrest in 1873.

Boss Tweed was born William Magear Tweed on April 3, 1823, on the Lower East Side of Manhattan. Tweed married Mary Jane Skaden in 1844, and in 1848 he organized a volunteer fire company. When he was 26 years old, in 1850, he ran for city alderman but lost. On his second try, a year later, he ran again and won, and in 1852 he was elected to one term in Congress (which was unremarkable). His influence in New York politics was growing, and in 1856 he was elected to a new city board of supervisors, the first position he would use for corrupt purposes.

"I don't care who does the electing, so long as I get to do the nominating." — Boss Tweed

The Years of Corruption: The Tweed Ring

All the while, he had his associates appointed to key city and county posts, thus establishing a network of corruption that became known as the "Tweed ring." In 1860, Tweed opened a law office, despite not being a lawyer, and began receiving large payments from corporations for his "legal services" (which were in fact extortions hidden under the guise of the law). He was reaping vast sums of illegal cash by this time, and he bought up acres of Manhattan real estate. He began wearing a large diamond attached to the front of his shirt, an object that received endless lampooning from his detractors (whose numbers were growing quickly).

"I don't care a straw for your newspaper articles, my constituents don't know how to read, but they can't help seeing them damned pictures." — Boss Tweed

In 1868, Tweed became grand sachem (leader) of Tammany Hall and was also elected to the New York State Senate, and in 1870 he and his cronies took control of the city treasury when they passed a new city charter that named them as the board of audit. In full force now, the Tweed ring began to financially drain the city of New York through faked leases, false vouchers, extravagantly padded bills and various other schemes set up and controlled by the ring.

With the Tweed ring's activities reaching a fever pitch, and with the losses for the city piling up (to an estimated $30 to $200 million in present-day dollars), the public finally began to support the ongoing efforts of The New York Times and Thomas Nast (a political satirist for Harper’s Weekly) to oust Tweed, and he was at last tried and convicted on charges of forgery and larceny in 1873. He was released in 1875, but soon after his release, New York State filed a civil suit against him in an attempt to recover some of the millions he had embezzled, and Tweed was arrested again.

Before long, he escaped from custody and fled, first to Cuba and then to Spain. In November 1876, he was captured and extradited to the United States, where he was confined to a New York City jail. A year and a half later, Boss Tweed died there from severe pneumonia.