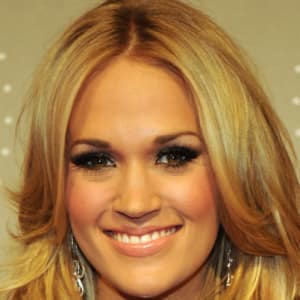 Carrie Underwood won Season 4 of ‘American Idol’ in 2005 and went on to become one of the top-selling acts in country music.

Who Is Carrie Underwood?

Born in Oklahoma in 1983, singer Carrie Underwood enjoyed her first taste of stardom by winning Season 4 of American Idol. She followed with the multi-platinum debut album Some Hearts (2005), and went on to win numerous Grammy, Country Music Association (CMA) and Academy of Country Music (ACM) awards. Underwood was also inducted into the Grand Ole Opry in 2008, and has annually co-hosted the CMAs, with Brad Paisley, since that year.

Singer, actress and activist Carrie Marie Underwood was born on March 10, 1983, in Muskogee, Oklahoma, and raised on a farm. "I had a very happy childhood full of the wonderful simple things that children love to do," Underwood has stated on her website. "Growing up in the country, I enjoyed things like playing on dirt roads, climbing trees, catching little woodland creatures and, of course, singing."

After graduating from high school, Underwood attended Northeastern State University in Tahlequah, Oklahoma. There, she majored in broadcast journalism and temporarily put aside her dreams of becoming a singer. During her senior year, in 2004, Underwood decided to try out for American Idol. Not only did she pass that audition, she went on to become the winner of the show's fourth season.

'Some Hearts' and Commercial Success

Underwood's debut album, Some Hearts (2005), quickly went multi-platinum, making it the fastest-selling female country album since the introduction of the Nielsen SoundScan in 1991. Her first single, "Inside Your Heaven," hit the top of the Billboard pop charts.

Her follow-up single, "Jesus, Take the Wheel," then shot to the top of the country charts. The song proved to be a critical success as well, winning Underwood the ACM and CMA awards for Single of the Year, along with Grammys for Best Female Country Vocal Performance and Best New Artist.

In contrast to her softer-sounding material, Underwood also had great success with "Before He Cheats," a tale about a straying ex-boyfriend. The single won her a Grammy for Best Female Country Vocal Performance and a CMA Award for Single of the Year in 2007. That same year, Underwood released her follow-up album, Carnival Ride. It reached the top of the album charts and scored several No. 1 country hits, including the singles "Last Name" and "All-American Girl."

On May 10, 2008, at the age of 26, Underwood was inducted into the Grand Ole Opry by country star Garth Brooks, making her the youngest member of the famed institution. Later that year, in September 2008, Underwood won the CMA Award for Female Vocalist of the Year—for the third consecutive time—for Carnival Ride. She was nominated for Album of the Year, but lost the award to George Strait. Underwood also hosted the CMA Awards with fellow country star Brad Paisley, kicking off what would become an annual tradition.

In February 2009, Underwood won a Grammy Award (Best Female Country Vocal Performance) for her song "Last Name"—her fourth Grammy in three years. In November 2009, she received two more CMA nominations, for Female Vocalist of the Year and Musical Event of the Year.

A few weeks before the CMAs, Underwood had released her third studio album, Play On, which produced three chart-topping tracks: "Cowboy Casanova," "Temporary Home" and "Undo It." The singer followed that success with Blown Away, released in May 2012, which had sold more than 1.4 million copies by the following year. The album's hits include "Blown Away," "Good Girl" and "Two Black Cadillacs."

In May 2013, it was announced that Underwood would be taking the reins from fellow country star Faith Hill to perform the weekly Sunday Night Football theme song, "Waiting All Day for Sunday Night." She then continued her work on television as Maria, alongside True Blood star Stephen Moyer, in the retelling of The Sound of Music. The TV event, which was broadcast live, more closely followed the original 1959 musical than the 1965 film starring Julie Andrews, and went on to receive four Emmy nominations.

To celebrate her remarkable career, Underwood released Greatest Hits: Decade #1 in the fall of 2014. The album also featured some new material, including the hit "Something in the Water," which later earned a Grammy for Best Country Solo Performance. In autumn 2015 she dropped her fifth studio album, Storyteller, featuring the Top 5 country single "Smoke Break." Underwood kicked off the tour for Storyteller in February 2016.

In May 2017, it was announced that Underwood would be inducted into the Oklahoma Hall of Fame. "I’ve always been proud to say I’m from Oklahoma," the singer responded. "The people, culture and environment molded me into the person I am today." The official ceremony was set for November, shortly after Underwood's return to the stage to co-host the CMA Awards, alongside Brad Paisley, for the 10th consecutive year.

On November 10, two days after the CMAs, Underwood suffered a scare when she fell outside her home. According to her publicist, the singer was treated at a nearby hospital for injuries that included a broken wrist, cuts and abrasions, though she felt improved enough to tweet an update on November 12: "Thanks so much for all the well wishes everybody," she wrote. "I'll be alright.. might just take some time.. glad I've got the best hubby in the world to take care of me."

However, in a post to her fan club members at the turn of the new year, Underwood revealed that the injury was more serious than initially described, as the "cuts and abrasions" required 40 to 50 stitches to her face. "I am determined to make 2018 amazing and I want to share things with you along the way," she wrote. "And when I am ready to get in front of a camera, I want you all to understand why I might look a bit different."

The first post-accident photo of Underwood surfaced in December 2017 from former Below Deck castmate Adrienne Gang, who posted a shot of the two posing at the gym. Underwood finally released a new photo on her own accord in April 2018, an uncaptioned black-and-white image of the singer seemingly focused on work in a recording studio.

On April 15, Underwood made her eagerly anticipated return to the stage at the ACM Awards. Her face showing little signs of the traumatic incident, she delivered a powerful performance of her new song, "Cry Pretty," drawing an extended standing ovation from the audience. Still visibly emotional, Underwood was back in the spotlight moments later, joining Keith Urban to accept the Vocal Event of the Year Award for their song, "The Fighter."

Carrie Underwood married professional hockey player Mike Fisher on July 10, 2010. In September 2014, the couple announced they were expecting their first child together. Their son, Isaiah Michael Fisher, was born on February 27, 2015. Underwood announced his arrival via Twitter.

On August 8, 2018, Underwood confirmed that she's expecting her second child with Fisher. "Mike, Isaiah and I are absolutely over the moon and excited to be adding another fish to our pond," the singer said. 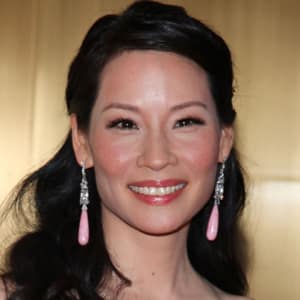 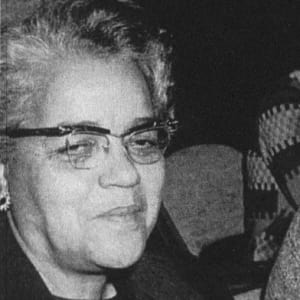