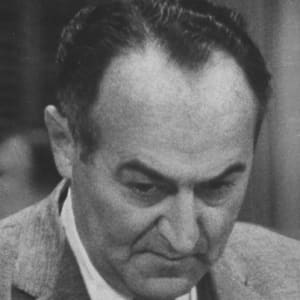 Charles Goren was an American lawyer and world champion bridge player known for his books and television program on the game.

Born on March 4, 1901, in Philadelphia, Pennsylvania, Charles Goren studied law before becoming a master contract bridge player, going on to win domestic and world championships and lay the foundation for Standard American bidding. Known as "Mr. Bridge," Goren also had a hit television program and authored books like Contract Bridge in a Nutshell and Point-Count Bidding. He died on April 3, 1991, in Encino, California.