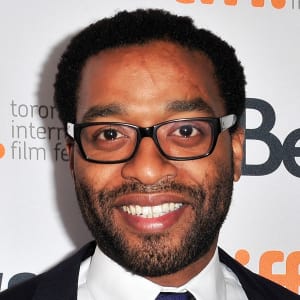 Chiwetel Ejiofor is an acclaimed actor of film, television and stage with a wide range of roles in projects like ‘Othello,’ ‘Serenity,’ ‘Kinky Boots’ and ’12 Years a Slave.’

Born on July 10, 1977, in London, England, Chiwetel Ejiofor was a stage actor before landing a part in the 1997 film Amistad. Many more projects were to follow, including Dirty Pretty Things, Serenity, Kinky Boots, Talk to Me, Redbelt and Othello. Having been nominated for three Golden Globes, Ejiofor earned further critical acclaim for his role as Solomon Northup in the biopic 12 Years a Slave. The film also earned Ejiofor an Academy Award nomination for best actor in 2014.

Actor Chiwetelu Umeadi Ejiofor was born on July 10, 1977, in the eastern part of London, England, to mother Obiajulu and father Arinze Ejiofor; both parents hailed from Nigeria, worked in medicine and had a prominent singing/performance career. The second of four siblings, Chiwetel lost his father in a car accident in a visit to Nigeria when he was a child, after which he was hospitalized for more than two months and physically scarred.

With his mother taking care of the family, Ejiofor developed a passion for reading and the stage, and as such performed with the National Youth Theatre before eventually attending the London Academy of Music and Dramatic Art. He made his television debut in the thriller Deadly Voyage (1996) and made his first film appearance in Steven Spielberg's Amistad (1997).

During the early 2000s, Ejiofor had lead and supporting roles in many big-screen projects that showed his versatility as an actor, taking work in a variety of genres across the moral spectrum.

Some of the highlights: He received raves as a sleep-deprived taxi driver and hotel clerk with a medical background in the Stephen Frears thriller Dirty Pretty Things (2002), acting opposite Audrey Tatou. Ejiofor was then part of the large ensemble cast of 2003's Love Actually and later played villains in two notable sci-fi films—namely Joss Whedon's Serenity (2005) and Alfonso Cuarón's Children of Men (2006). Ejiofor also collaborated with Spike Lee in the films She Hate Me (2004) and Inside Man (2006), working with co-star Denzel Washington in 2007's American Gangster as well.

Ejiofor was the lead character—singing drag diva Lola—in the 2006 film Kinky Boots, for which Ejiofor earned a Golden Globe Award nomination. (The movie eventually went on to be adapted into a Tony Award-winning musical written by Cyndi Lauper and Harvey Fierstein.) Ejiofor received additional Golden Globe nods for his part in HBO's Tsunami: The Aftermath (2006) and, three years later, for his role portraying Thabo Mbeki in the South African drama Endgame.

Ejiofor also directed the 2008 short film Slapper; the same year he appeared in the David Mamet martial arts film Redbelt and performed lead in a stage revival of Othello, winning the Laurence Olivier award. After another ensemble venture with 2012 (2009), the busy actor starred as a government agent in the Angelina Jolie spy thriller Salt (2010).

The year 2013 was major for Ejiofor. He reunited with Mamet to be featured in the HBO biopic Spector and, in the summer, appeared in the Joe Wright play Season of the Congo, in which Ejiofor portrayed Patrice Lumumba. The actor also starred in the film Half of a Yellow Sun—a drama about the Biafran War based on the novel by Chimamanda Ngozi Adichie—which was shown at the Toronto International Film Festival in September 2013.

October saw the U.S. limited release of 12 Years a Slave, a biopic by British director Steve McQueen in which Ejiofor plays Solomon Northup, a free African-American musician who was kidnapped and forced into bondage during the 1840s. Ejiofor garnered much critical acclaim for the role, including a best actor Golden Globe nod and an Academy Award nomination for best actor in 2014. (Actor Matthew McConaughey ultimately took both the Globe and Oscar for his lead role in 2013's Dallas Buyers Club.)

After the success of 12 Years a Slave, Ejiofor tackled an interesting mix of projects. He received an Emmy Award nomination for his performance in 2014's Dancing on the Edge, a cable miniseries set in the 1930s in which he played British jazz band leader Louis Lester.

On the big screen in 2015, Ejiofor revisited the worlds of sci-fi, appearing in the post-apocalyptic tale Z for Zachariah with Chris Pine and Margot Robbie and later that year playing a NASA executive in Ridley Scott's The Martian. The fall season also saw Ejiofor portraying a police investigator in the thriller remake Secret in Their Eyes, opposite Nicole Kidman and Julia Roberts.

For 2016, Ejiofor is slated to appear in the crime drama Triple Nine with Aaron Paul and Kate Winslet. He has also signed on to play a convicted drug trafficker imprisoned in Bolivia, a project based on the 2003 book Marching Powder.