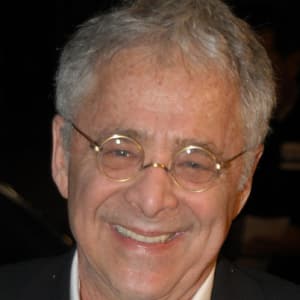 Chuck Barris created the popular game shows ‘The Dating Game,’ ‘The Newlywed Game’ and ‘The Gong Show.’ His autobiography was made into the film ‘Confessions of a Dangerous Mind.’

Chuck Barris was born on June 3, 1929, in Philadelphia. Having previously worked as an assistant to Dick Clark, Barris borrowed $20,000 from his stepfather to develop The Dating Game and sold the pilot to ABC. The show became an instant hit. In 1966, Barris followed up his success with The Newlywed Game. In 1976, he struck gold again with The Gong Show, a wacky televised contest which he hosted. Barris published his first autobiography, the controversial Confessions of a Dangerous Mind, in the mid-1980s, which was eventually made into a 2002 film directed by George Clooney. Barris died on March 21, 2017 at the age of 87.

Chuck Barris is believed to have been born on June 3, 1929, in Philadelphia, Pennsylvania. Barris often provided conflicting details about his family life and his early years are somewhat shrouded in mystery. His father, who died of a stroke, was reportedly a dentist and/or worked in textiles, and Barris yearned to take a different career path. He eventually graduated from Drexel Institute of Technology in 1953 and held several odd jobs before moving to New York. In 1962, Barris wrote "Palisades Park,” a popular song inspired by the New Jersey amusement park, which was performed by Freddy Cannon.

Barris started his television career in a low-level position at NBC and then worked his way onto the sales staff, only to get laid off during cutbacks. After he was unemployed for a year, ABC offered Barris the post of looking after Dick Clark, who at the time was caught up in a payola scandal that landed him in Washington, D.C. to give testimony. Clark was the host of American Bandstand, and the time Barris spent on the set led to a friendship between the two men. Barris eventually got a full-time job in daytime television at ABC.

Barris's first game show attempt was called People Poker, though it never sold. Fed up with the red tape at the network, he decided to go out on his own. He borrowed $20,000 from his stepfather, developed The Dating Game and sold the pilot to ABC. The network initially opted not to put it on the schedule, but after other programs in its lineup failed, The Dating Game debuted and became an instant hit. The show involved a bachelorette or bachelor asking questions of three singles behind a partition, ultimately choosing who to go out on a date with. (Dating Game contestants who later went on to fame included Andy Kaufman, Suzanne Somers, John Ritter, Tom Selleck and Lindsay Wagner.)

In 1966, Barris followed up his success with The Newlywed Game, an enduring show with many iterations over time, featuring wives and husbands answering questions about each other. That same year, The Dating Game was bumped up to prime time. The prizes for both were spare, and though The Dating Game increased its budget to send contestants on trips, Barris knew that the opportunity for contestants to appear on television was generally prize enough. It was a formula he exploited for years and in game shows to come, and although they were critically panned, Barris's shows were undeniably popular with audiences.

Barris quickly sold three more shows: The Family Game, a yearlong beauty pageant called Dream Girl of 1968 and How's Your Mother-in-Law? After he launched Barris Industries in 1968, more shows followed, including The Game Game and Operation: Entertainment. The formula began to wear thin, however, and by 1974 the last of his on-air shows, The Newlywed Game, was dropped. Nonetheless, Barris had become an innovator, having sold the pilot for his fledgling 1972 show The Parent Game to individual TV stations and thus launching the concept of first-run syndication programs.

Comeback With 'The Gong Show'

In 1976, Barris was back with his next big hit, The Gong Show, and at NBC's insistence, he hosted it himself. Critics argued that the show demeaned its contestants, with its emphasis on showcasing outlandish and wacky acts for a panel of three celeb judges (including the likes of Phyllis Diller and David Letterman) who had the option of hitting a big gong to end a performance.

Still The Gong Show quickly found its audience and turned Barris, whose antics got crazier as the years wore on, into a bonafide star. By 1980, though, the laughs stopped coming, and, falling behind in the ratings, The Gong Show was canceled. In his later years, Barris would speak disparagingly about the nature of his programs.

In the 1980s, Barris scaled down Barris Industries, wrote his autobiography, Confessions of a Dangerous Mind (1984), and moved to Saint-Tropez. In his book, Barris claimed to have been a CIA assassin in the 1960s and 1970s, assertions that the CIA itself has refuted and which various media entities have implied should be taken with a grain of salt. In 2002, George Clooney made his directorial debut, adapting Confessions of a Dangerous Mind into a feature film, starring Sam Rockwell, Drew Barrymore and Julia Roberts, among others.

Barris published his second autobiography, The Game Show King: A Confession, in 1993 and the sequel to his first autobiography, Bad Grass Never Dies, in 2004. He has also written three novels, including his New York Times bestseller You and Me Babe (1970), which was also his fiction debut.

Barris was married three times. He had one child, Della, with then-wife Lyn Levy. Della passed away in 1998 at the age of 36 from a drug overdose. A devastated Barris detailed her story in the book Della: A Memoir of My Daughter (2010). Barris was also a cancer survivor. He died from natural causes at his home in Palisades, New York on March 21, 2017. He was 87.