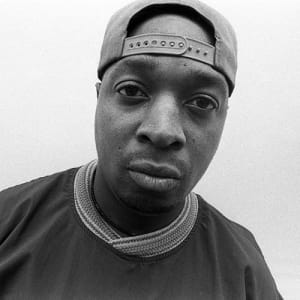 Chuck D is the ultimate political rapper, firebrand and socially conscious spokesperson for Black America, whose strident, clear baritone voice is one of the most instantly recognizable in hip hop. He is also a producer, author and activist. As the founder, main rapper and lyricist and driving force behind Public Enemy, he created one of the greatest groups of all time — whose cultural impact in the late 1980s and early 1990s did for hip hop what the Sex Pistols did for punk. A teetotal polemicist who fused rap and black-power politics like none before or since, Ridenhour has inspired acts as diverse as Common, the Red Hot Chili Peppers and Korn. He is still active today, having never sold out or toned down his message.

The College Student to Rapping

Carlton Douglas Ridenhour was born on August 1, 1960, in Queens, New York, to parents Lorenzo and Judy, who were both political activists. Lorenzo was a former U.S. Marine, family man and role model whom Ridenhour idolized. The family relocated to the middle-class suburb of Roosevelt, Long Island, where Ridenhour was raised with his three siblings, Henry, Paul and Thelma. Neighbors included future bandmates Professor Griff, Hank Shocklee and Bill Stephney, as well as Eddie Murphy. Ridenhour studied graphic design at Long Island's Adelphi University, where he met William Drayton — who would become Flavor Flav, his anarchic, comedic counterfoil in Public Enemy.

While at Adelphi, Ridenhour began designing flyers for local parties thrown by Shocklee (security was taken care of by another future Public Enemy member, Richard Griffin — aka Professor Griff), and the pair began guesting on shows by Stephney on the WBUA radio station, with Shocklee mixing records while Ridenhour ("Chuckie D") rapped over the top; his urgent vocal delivery influenced as much by hip-hop pioneer Melle Mel as by the basketball commentator Marv Albert. Flavor Flav also had a WBUA show, as did Norman Rodgers, who became Public Enemy's DJ, Terminator X.

When Rick Rubin first tried to sign Chuck to his new record label, Def Jam, in 1986, Chuck was hesitant. At 26, he felt he was already too old to be a rapper — but in fact it was his age, and his political awareness, that gave him gravitas and made him stand out. Public Enemy's first album, Yo! Bum Rush the Show, was released on Def Jam in February 1987. It sounded like nothing else — its explosive beats and dissonant, sample-heavy production (by Rubin and The Bomb Squad, Public Enemy's in-house team led by Ridenhour, Shocklee and Stephney) underpinned a series of devastating rants from Ridenhour, by now known simply as Chuck D, on tracks such as lead single "You're Gonna Get Yours," and "Miuzi Weighs a Ton." Commercially, the album was only a modest success, peaking at 125 on the Billboard chart; but it was critically well received — the renowned British music magazine NME named it album of the year.

Public Enemy began touring extensively, supporting the Beastie Boys in the US and LL Cool J in Europe, where they were received wholeheartedly. "London wasn't into soft music," said Chuck D in his book Fight the Power (co-written with Yusuf Jah). "They wanted their music rock hard." And Public Enemy did not disappoint, appearing with their onstage "security," the S1Ws, dressed in military regalia and brandishing plastic Uzi sub-machine guns. "A lot of people misconstrued the S1Ws' use of the Uzi onstage," Chuck wrote. "The Uzis were stating the fact that the white man went into Africa with the gun and controlled us with the threat of the gun, and, therefore, we were saying that if we needed to we would use guns in our defense."

Career Peak: 'It Takes a Nation of Millions to Hold Us Back'

Released on June 28, 1988, Public Enemy's brilliantly titled second album, It Takes a Nation of Millions to Hold Us Back, was a career peak. Drawing on a palette of samples from artists ranging from James Brown to the metal band Slayer, its track-listing included "Don't Believe the Hype," "Rebel Without a Pause" and "Bring the Noise," which opened with a Malcolm X sample — "Too black, too strong" — and caused controversy by name-checking the Nation of Islam leader, Louis Farrakhan, as a "prophet." (Farrakhan had been accused in the media of being anti-Semitic, which Chuck felt was a "big fabricated issue.") The album would go on to sell more than 1 million copies — but its cultural impact was far greater. It ranked No. 48 on Rolling Stone's famous Greatest Albums of All Time list in 2003 — the only hip-hop album to make the top 100.

Public Enemy's third album, Fear of a Black Planet, continued in the same uncompromising vein when it was released in April 1990; its lead single, "Fight the Power," became one of the most influential protest songs of all time. The album sold 2 million copies and was credited by the Billboard editor Paul Grein as making 1990 "the year that rap exploded." A year later came Public Enemy's fourth album, Apocalypse 91… The Enemy Strikes Back, which attempted "nothing short of setting a sociopolitical agenda for the black community" according to Rolling Stone.

Public Enemy were at their most prolific from 1987-1991 — a period Chuck has dubbed "the war years" — but the band, with the ever-present Chuck at the helm, has never stopped releasing albums — there have been a further 10 since Apocalypse 91 — or touring: he told The Guardian newspaper in 2015 that the band had completed 104 tours in 104 countries. Since 2016 Chuck has also been part of the rap-rock super group Prophets of Rage, with members of Rage Against the Machine, Audioslave and Cypress Hill.

Chuck D is famously clean-living — he does not smoke, drink or take drugs; and is a pescetarian. He is married to the UCLA associate professor Gaye Theresa Johnson, and they have three daughters — two of whom are grown-up and have professional careers.

Public Enemy were inducted into the Rock'n'Roll Hall of Fame in 2013. "We don't get Grammies [sic] and shit like that," Chuck told the writer Dorian Lynskey. "It's an incestuous circle. We've always operated outside the circle and attacked the circle, which makes our existence harder sometimes. When we got into the Hall of Fame, we felt we were properly curated."