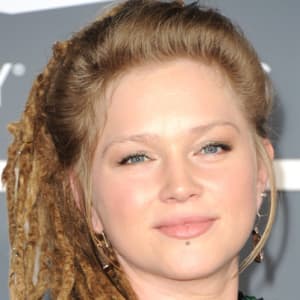 Crystal Bowersox landed a spot on the ninth season of American Idol and became the first runner-up.

Born on August 4, 1985, in Elliston, Ohio, Crystal Bowersox channeled her childhood frustrations into her music, teaching herself how to sing and to play guitar and harmonica. Her dedication paid off, and she became a contestant on the ninth season of American Idol, going on to finish second to Lee DeWyze in the show's finale.

Crystal Lynn Bowersox was born on August 4, 1985, in Elliston, Ohio, to parents Bill and Kelly Bowersox. Crystal shares her birthday with her brother, Karl, who is her fraternal twin. Crystal's life started with several difficulties, including her parents' divorce when she and her brother were barely 2 years old. By the age of 6, she was diagnosed with Type 1 diabetes.

The family struggled with all the adjustments, including tighter finances and new family members. The result was constant fighting. Crystal had a particularly rough time with the changes; she witnessed physical fights between her mother and stepmother, and her father was sent to jail on domestic violence charges after an altercation with Crystal's 15-year-old stepbrother. Bowersox channeled her frustrations into her music, teaching herself how to sing, as well as how to play guitar and harmonica. She began performing professionally at the age of 10, which provided the family extra money. Other gigs followed, including a performance for a skydiver's funeral, for which she was paid half in cash and half in skydiving lessons. The additional income also helped Crystal, who was often teased about her threadbare appearance, to buy her own clothes.

By the time she was a freshman in high school, Crystal had devoted herself completely to her music. She left Oak Harbor High School to attend the Toledo School for the Arts in Toledo, Ohio, where she started writing her own songs – including one she composed as a tribute to her father. By the age of 17, however, Bowersox's home life had deteriorated to the point that she considered dropping out of school and moving out. She stayed home long enough to graduate, then moved to Chicago, Illinois, to perform in local clubs with various bands.

She returned to Elliston in 2009, where she began regularly performing with childhood friend and fellow musician Frank May. Her talent helped her snag a win in the Blade Battle of the Bands competition, and her success convinced friends and family that she should audition for the reality competition American Idol. She toyed with the idea for several months, but it wasn't until she became pregnant with her son, Tony, that she decided to compete. "I needed to turn bar gigs into a bigger career," Bowersox later told her local paper. "Kids aren't cheap, and [my son] needs everything I never had growing up."

After giving birth in 2009, Bowersox headed to Chicago to compete. She eventually landed a spot on the ninth season of the show. In March 2010, shortly after landing in the top 10 women finalists, Bowersox developed complications from her diabetes, and had to take a leave of absence from the show to recover. She finished in 2nd place to Lee DeWyze in the show's finale. Not unhappy with the outcome, Bowersox stated, "We both win. Both of us are going to have very successful careers and we're going to be friends for a long time."