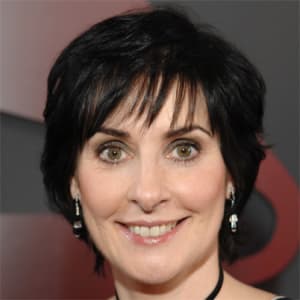 Irish singer Enya performed with her family’s band Clannad before making it big with her solo album Watermark in 1988.

Enya was born on May 17, 1961, in Ireland, Enya performed with her family's band Clannad. Her first solo success came from producing ethereal music for the BBC TV show The Celts. Her 1988 debut solo album, Watermark, sold more than 8 million copies and was followed by the even more successful Shepherd Moons (1991). Other albums include Memory of Trees (1995) and Amarantine (2005).

Irish singer Enya was born Eithne Ní Bhraonáin on May 17, 1961, in Gweedore, Donegal, Ireland. Born into a family of musicians, Enya played keyboard alongside her siblings in the Irish band Clannad before pursuing a solo career. Her first success as a soloist was producing television scores for the BBC.

Enya's debut album, Watermark (1988), blended Celtic folk songs, synthesized backdrops and her other worldly vocals to create a distinctive sound some describe as New Age. The album sold more than 8 million copies and was followed by Shepherd Moons (1991), which enjoyed even greater success.