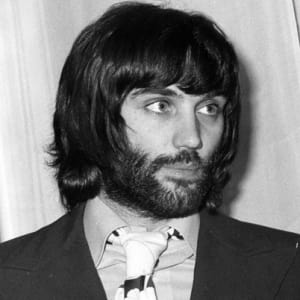 Irish soccer player George Best starred for Manchester United and was named European Footballer of the Year in 1968, before a hard-partying lifestyle took its toll on his career and health.

Born in Belfast, Northern Ireland, in 1946, George Best began his club career with Manchester United in 1963. He led United to two First Division titles and a European Cup triumph, earning European Footballer of the Year honors in 1968. A hard-partying lifestyle led to a quick decline, and after leaving United in 1974, Best played out his career with various clubs in England and the U.S. He died of causes related to alcoholism in 2005.

Born in Belfast, Northern Ireland, on May 22, 1946, soccer great George Best began his club career with Manchester United in 1963. He helped United win the First Division title in 1965 and 1967, and in 1968 he led his club to a European Cup triumph. That year he also tied for the First Division lead in goals, and was named both the European Footballer of the Year and the FWA Footballer of the Year.

Best also starred for Northern Ireland's national team, but his love of the nightlife took its toll, and he was finished as a top-shelf player by the time he left United in 1974. Attempted comebacks with smaller clubs in England, the U.S. and Scotland were unsuccessful. Following years of alcoholism that led to a liver transplant in 2002, Best died at London's Cromwell Hospital on November 25, 2005, from multiple organ failure.