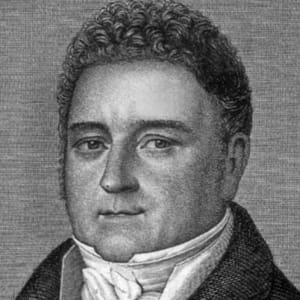 Jacques Laffitte was a French banker and politician prominent in public affairs from the end of the Napoleonic period to the early years of Louis-Philippe’s reign.

Born in France in 1767, Jacques Laffitte was a prominent banker and politician during the 1800s. He rose quickly to the rank of president of the Bank of France. In 1819, he lost the position for staunchly defending the liberty of the press. By 1830, the Bourbon monarchy had fallen. Subsequently, Louis-Philippe I became king and Laffitte became prime minister. Becoming disillusioned with Louis-Philippe, Laffitte eventually resigned. He died in Maisons-sur-Seine in 1844.

Jacques Laffitte was born on October 24, 1767, in the southwestern city of Bayonne, France. The son of a carpenter with 10 children, Laffitte went to Paris, France, in his teens, and by the age of 20 was a bookkeeper at the prestigious Perregaux bank. With his exceptional skills, he was made an associate in 1800 and, upon the death of Perregaux, became bank president in 1804.

In the next decade, Jacques Laffitte acquired an enormous fortune as a banker and financier. He became regent (1809), then governor (1814) of the Bank of France, as well as president of the Paris Chamber of Commerce. He brought France through difficult times after Napoleon's defeat at Waterloo (French finances were in disarray and the country was sliding back toward a monarchy under the rule of Louis XVIII). Rather than permit the government to appropriate money from the bank, Laffitte provided loans of an estimated $2 million of his own money.

With these actions, Laffitte became involved in French politics, winning election to the Chamber of Deputies in 1816. Though he held strong liberal views, King Louis appointed Laffitte to the commission on public finances. In 1818, Laffitte saved Paris from a financial crisis by buying large blocks of stock, but his vigorous defense of freedom of the press and electoral law caused him to lose his position as president of the Bank of France in 1819.

In the ensuing years, Laffitte became an unwavering advocate for a constitutional monarchy. In 1824, Louis XVIII died and was succeeded by his brother, Charles X, who was a throwback to the autocratic French kings of the previous centuries. Though not eager to see France return to the chaos of a republic, Laffitte opposed the ordinances of Charles X and hated his claim of absolute authority.

By 1830, Laffitte's house in Paris had become the headquarters of the revolutionary party. In July of that year, riots broke out and Charles X fled to England. Laffitte subsequently became president of the Chamber of Deputies, and was instrumental in negotiating a new government and placing Louis-Philippe, Duke of Orleans, as king. In turn, Louis-Philippe appointed Laffitte prime minister.

However, as unrest continued and reform never materialized, Laffitte became disenchanted with Louis-Philippe I and resigned from his position, asking for forgiveness in helping put the king on the throne. He left office both politically and financially ruined. Laffitte tried to help revolutionary efforts in other countries, particularly Italy, but most of these efforts were unsuccessful. He died on May 26, 1844, in Maisons-sur-Seine.