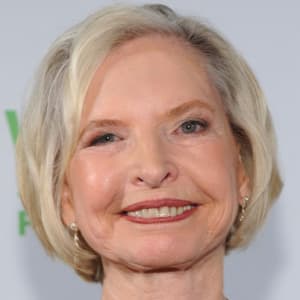 Janet Guthrie was the first female racecar driver to compete in a NASCAR Winston Cup stock car race, the Indianapolis 500 and Daytona 500.

Janet Guthrie was born March 7, 1938, in Iowa City, Iowa. In 1976 she became the first woman to compete in a NASCAR Winston Cup stock car race. The next year, she was the first woman to race in the Indianapolis 500 and the Daytona 500. Guthrie was named to the Women's Sports Hall of Fame in 1980 and the International Motorsports Hall of Fame in 2006.

Race car driver and pilot Janet Guthrie was born on March 7, 1938, in Iowa City, Iowa. Janet Guthrie broke into the dangerous sport of professional auto racing to become the first woman to compete in the Indianapolis 500. Before she got behind the wheel of a race car, she was an experienced pilot. Guthrie learned to learn fly while she was in her teens.

After graduating from the University of Michigan with a bachelor's degree in physics in 1960, Guthrie worked as a research and development engineer for Republic Aviation. There she was involved in work that would later evolve into Project Apollo. Guthrie even applied to be an astronaut in 1964. While that dream didn't work out, she soon found her life's ambition behind the wheel of a race car.

Janet Guthrie bought her first race car, a Jaguar XK 120, in the early 1960s. She later switched to a Jaguar XK 140, which helped secure two Sports Car Club of America race victories. Guthrie also scored wins in her class in the 1967 and 1970 Sebring 12-hour races. By the early 1970s, she raced cars full time. Guthrie was the first woman to compete in a NASCAR Winston Cup stock car race in 1976. And she made history again the next year as the first woman to race in the Indianapolis 500 and the Daytona 500. At Indianapolis she came in 29th, and at Daytona she was the twelfth driver to cross the finish line. Guthrie also had her best Winston Cup finish that same year with a 6th place showing at Bristol.

In 1978, Guthrie returned to Indianapolis where she set the fastest time of the day twice. She ended up coming in 9th. Guthrie finished fifth at the Bettenhausen 200 in Milwaukee the following year, which was her best finish in Indy car racing. Also in 1979, she was the fourth driver to qualify at the Pocono 500, coming in after A.J. Foyt, Danny Ongais and Johnny Parsons. Guthrie went on to compete in the Daytona 500 the next year where she came in 11th. But after that, her career fizzled out because of a lack of funds. As she told AARP Bulletin, "I ran out of money. For the next three years I tried to find sponsorships and get back in the game. Finally I decided if I didn't cut it out I was going to jump through a window."

Despite the lackluster end of her career, Guthrie has been recognized for her contributions to her sport. She was named to the Women's Sports Hall of Fame in 1980 and to the International Motorsports Hall of Fame in 2006. Guthrie has shared her experiences with the 2005 memoir Janet Guthrie: A Life at Full Throttle. By out maneuvering many of her competitors, she showed the critics that women have what it takes to make it on the track.  Her efforts have made it easier for later female drivers, such as Danica Patrick, to get into racing.