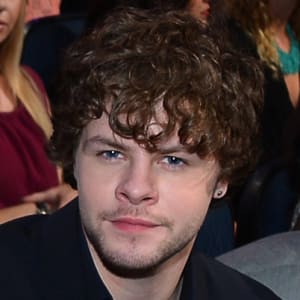 Jay McGuiness is a British singer best known as a member of the five-member U.K. boy band the Wanted.

James "Jay" McGuiness, born on July 24, 1990, grew up in Nottinghamshire, England. Always interested in music and dance, he graduated from England's Midlands Academy of Dance and Drama at age 13. In 2009, at 19, he was chosen from a massive audition across England and Ireland to become a member of the five-member boy band the Wanted. The group scored a No. 1 U.K. single with their song "All Time Low," from their debut album The Wanted. The group's second album, Battleground, also spawned a No. 1 single in the United Kingdom and Ireland, "Glad You Came."

Born on July 24, 1990, in the Newark section of Nottinghamshire, England, James "Jay" McGuiness was an active child who loved to sing and dance in front of the mirror with his four siblings, including his fraternal twin brother, Thomas. He also developed a love for animals, reading and art at a very young age. In addition to attending the Roman Catholic schools Holy Trinity in Newark and All Saints in Mansfield, he pursued his creativity by attending Newark's Charlotte Hamilton School of Dance (where he was bullied by his mates for expressing an interest in ballet) and the prestigious Midlands Academy of Dance and Drama in Nottingham.

McGuiness was only 16 when he auditioned for a new singing group being put together by Jayne Collins, who had been the force behind pop groups The Saturdays and Parade. After a massive national talent search in England and Ireland, McGuiness was chosen to become part of a new, five-member pop group called the Wanted. His bandmates are Nathan Sykes, Tom Parker, Siva Kaneswaran and Max George.

McGuiness had no expectations when joining the Wanted, but the group found success quickly. Their debut single, "All Time Low," hit the No. 1 spot on the U.K. singles chart, driving the sales of their 2010 self-titled debut album, The Wanted, over the 500,000 mark. As their young, female fan base grew rapidly, it seemed as though the group was headed to fame similar to that of other boy bands such as the Backstreet Boys, Hanson and 'N Sync.

In 2011, their second album, Battleground, also launched a No. 1 single in the United Kingdom and Ireland, "Glad You Came." It was this single that gained wider recognition for the band as they began promoting their music in the United States, Canada and other areas around the world. McGuiness and his bandmates were now immersed in a constant mix of traveling, recording, promotion and dealing with their feisty female fans.

McGuiness has remained single during his time in the band, choosing instead to spend time on his songwriting. "Having a relationship at all is difficult, and travelling makes it harder," he told the U.K.'s Fabulous magazine. "I think if you've got the right girl it's easy, and you have to work your hardest—now wouldn't be a sensible time for me to try, because it's too much stress."

He is an avid animal lover, owns a lizard and was named PETA's Sexiest Male Vegetarian in 2011.

Addressing the band's reputation as partying lads, McGuiness acknowledged the temptation of drinking and drug use when the band travels on the road. "You get advice from your parents not to do anything you're not comfortable with," he told Fabulous. "But you have to deal with it by doing what you think is right and following your heart."