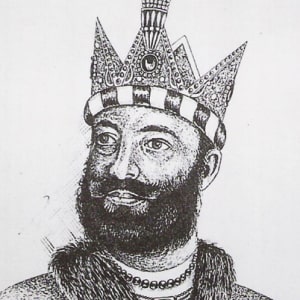 Mahmud of Ghazna is best known as the the leader of the Ghaznavid dynasty in modern-day Iran, Afghanistan, Pakistan and northwest India.

Mahmud of Ghaza was sultan of the kingdom of Ghazna from 998 to 1030, originally comprising modern Afghanistan and northeastern modern Iran but, through his conquests, eventually including northwestern India and most of Iran. He transformed his capital, Ghazna, into a cultural centre rivaling Baghdad.