Pop singer Mark Owen became famous as a member of Take That and as a U.K. reality TV star.

Born in England on January 27, 1972, Mark Owen gained fame as a member of Take That, alongside bandmates Robbie Williams and Jason Orange. In 2002, he was the winning contestant on Celebrity Big Brother. He reunited with the band in 2010.

Mark Anthony Patrick Owen was born on January 27, 1972, in Oldham, Lancashire, England, one of three children born to Keith and Mary Owen. Growing up in public housing, he dreamed of playing professional soccer and frequently turned down requests from his music teacher to join his Catholic school's choir. At 17, Owen met Gary Barlow at a local pub. Barlow told him about an audition for a boy band and suggested Owen try out for the band. Although Owen says his singing and dancing weren't outstanding, he won a place in the band Take That, alongside Barlow, Howard Donald, Jason Orange and Robbie Williams.

Owen never had the vocals of Robbie Williams or the dance moves of Jason Orange, but as the "cute and smiley" member of the group, he was the band's heartthrob and received the majority of the fan mail. Early singles met with minor success, but the band broke through with the single "It Only Takes a Minute." In 1992, they released their first album, Take That & Party, followed by Everything Changes one year later. Their third album, Nobody Else, was the last album the group recorded before they disbanded in 1996, six months after Robbie Williams left the group.

Owen announced his solo career with the singles "Child" and "Clementine," both of which reached the No. 3 spot. His 1996 solo album, Green Man, had disappointing sales, however, and he was soon dropped by his record company.

After years in relative obscurity, Owens reemerged in 2002 as the winning contestant of the U.K. reality show Celebrity Big Brother. Back in the spotlight again, he released the single "Four Minute Warning," which reached No. 5. In the meantime, he and his bandmates released a successful documentary about Take That's skyrocket trajectory in the 90s. It was so warmly greeted that the band embarked on a reunion tour, a full decade after they split up. Owen's solo album The Art of Doing Nothing is scheduled for release in June 2013.

In 2009, Owen married actress Emma Ferguson. A year later, reports surfaced of Owen's infidelity during the couple's courtship. The pop star blamed his transgressions on alcohol abuse. The couple live in London with their son and two daughters. 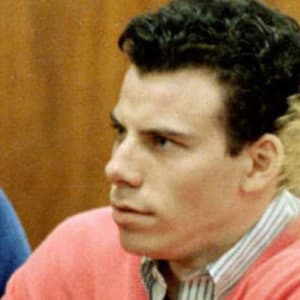