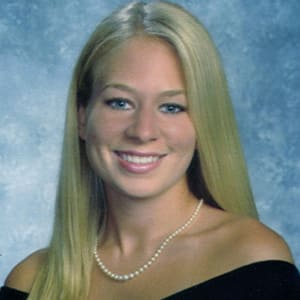 Alabama teenager Natalee Holloway disappeared during a trip to Aruba in 2005.

Born October 21, 1986, Natalee Holloway had just graduated from high school in Alabama when she took a trip with friends to Aruba in 2005. There she met Dutchman Joran van der Sloot. After a night spent drinking, she left a bar with van der Sloot and was never seen again.

Student and murder victim Natalee Holloway was born on October 21, 1986, in Clinton, Mississippi, to parents David Edward Holloway and Elizabeth Ann Holloway. Holloway and her younger brother, Matthew, were raised primarily by their mother after her parents' divorce in 1993. Holloway graduated with honors from Mountain Brook High School, and planned to attend the University of Alabama to study pre-med.

On May 30, 2005, Holloway made headlines when she disappeared during a school graduation trip to Aruba. Hollway and more than 100 of her classmates headed on the five-day unofficial field trip which, according to student reports, involved heavy drinking and partying. Holloway and several friends were out drinking on their last night when they met Dutchman Joran van der Sloot, a student living with his family on the island while he attended the Aruba International School. Holloway and several classmates met up later with van der Sloot and several of his friends at the bar Carlos & Charlie's. After more drinking, Holloway left with van der Sloot and his friends. She was never seen again.

Holloway was scheduled to fly home on May 30, and when she did not appear for her return flight, authorities were contacted. They searched the island and surrounding area, but did not find her. To this day, her body has not been found, but many theories exist as to what happened to her.